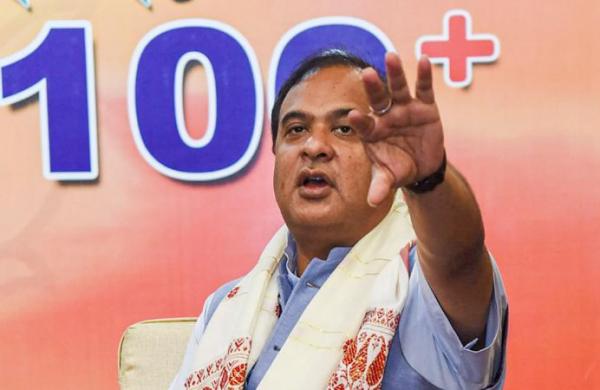 By PTI
GUWAHATI: Assam Chief Minister Himanta Biswa Sarma on Wednesday said despite confusion among Assamese over the Citizenship Amendment Act, which some felt could turn them into a minority in the state, there was a need to balance identity issues in the larger national interest.

Sarma speaking at a function where RSS Chief Mohan Bhagwat launched a book on CAA and NRC, also asserted the concept of secularism needs to be defined in the context of `Indian civilisation’ and accused the media of being partial towards Left-liberals.

The chief minister said he would remain a supporter of CAA which in Assam’s context could give citizenship to Hindu migrants from Bangladesh, and added that there was a need to find a way to address concerns over protecting Assamese identity, while finding a way to “balance everything and contribute to nation building”.

Attacking Leftist intellectuals, liberals and the media, he claimed the country’s intellectual society is still dominated by left-liberals with the media giving them more space while ignoring alternative voices.

“An intellectual terrorism has been unleashed and the Left in the country are more leftists than Karl Marx. There is no democracy in media. They have no space for Indian civilisation but there is space for Karl Marx and Lenin”, he claimed.

India’s right-wing has long disputed the concept of secularism as espoused by both western thinkers and Indian intellectuals who propound that the state needs to be equidistant from adherents of all religions.

Sarma argued that the Citizenship Amendment Act (CAA) the subject of the book being released, cannot give equal rights to Hindu and Muslim migrants from neighbouring countries.

Referring to the Citizenship Amendment Act, Sarma said that two perspectives have evolved on the act.

For protestors from outside Assam, the demand is that Hindu migrants alone should not be given citizenship, Muslim migrants too should be covered.

In Assam, however, the protest against the Act focussed on a demand that neither Hindus nor Muslims from other countries should be given citizenship.

“It was the so-called secular protestors at the national level who tried to give a communal colour to the entire protests”, he claimed.

The CAA is for those “who are victims of partition and not for beneficiaries of a communal country created on the basis of religion”, he said, adding that if Muslim migrants from neighbouring countries could prove they had been discriminated against in their countries of origin, India would be willing to grant them citizenship.

The CAA enacted in 2019 says Indian citizenship, may be granted to Hindus, Buddhists, Jains, Sikhs, Parsis and Christians from neighbouring countries such as Pakistan, Bangladesh and Afghanistan who migrated to India before December 31, 2014 and had suffered “religious persecution or fear of religious persecution” in their country of origin.

Opposition leaders have in the past when the act was being debated in Parliament, pointed out that several Islamic sects too face discrimination in neighbouring countries and that persecution could not be limited to only religious persecution, but could extend to political and social persecution too.

Sarma argued there were concerns among Assamese people that if Bengali Hindu migrants who have migrated from Banglaesh post-March 1971, are regularised as Indian citizens, then the Assamese speaking people may turn into a minority in the state.

“People are in deep confusion sometime we say language is our greatest strength, sometime we say civilisation is our strength. But if we see the election results from 2016 to 2021 people have said it loud and clear that civilisational issue is important and we want to protect our culture, religion and identity”, he claimed.

Analysts have long pointed out that the BJPs twin moves to have a National Register of Citizens which strikes off the names of those the state doubts are its citizens and interns them in camps and to give Hindu Bengali migrants citizenship through the CAA are in a way an attempt to placate both Assamese and Bengali sentiments in the state, but end up being contradictory.

This contradiction was exploited by leaders like Akhil Gogoi who led a movement in Assam against the CAA and founded a new party Rajyor Dal which attracted eyeballs though it did not fare well electorally.

“I will remain a supporter of CAA but we will have to address the identity issues, protect our own culture and the Assamese people will (have to ) find a way out where they will balance everything and contribute to the nation building” , Sarma said.