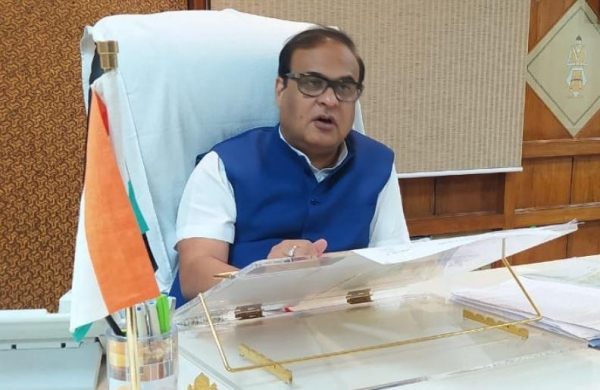 By PTI
GUWAHATI: Assam Chief Minister Himanta Biswa Sarma on Friday said the people of the state should not visit Mizoram till all arms possessed by civilians are seized by the neighbouring government.

“When there are AK-47 and sniper rifles with civilians, how can you allow people to visit there? The Mizoram government should seize these arms from their civilians. People are apprehensive about this,” Sarma said in an obvious reference to the the bloody clash at the inter-state border on Monday, which claimed the lives of seven persons and left more than 50 people injured.

The chief minister defended the Assam government’s Thursday order which mandated the police to check all vehicles entering the state from Mizoram to stop transportation of narcotics drugs.

“The drugs coming from international markets enter through Mizoram and then go to the rest of India via Assam. The Mizo people may not be involved in it but lots of drugs are coming through Mizoram. To stop that, we will be checking the vehicles,” he added.

Sarma said that a CID team of the state police has reached New Delhi to investigate the alleged role of Rajya Sabha MP K Vanlalvena in the gun battle along the inter-state border in Cachar district.

About the alleged encroachment of Assam land by people of Mizoram, the chief minister said “The Assamese people will be happy that this time not a single inch of land was grabbed. We cannot allow that. If necessary, we will sacrifice our lives but won’t allow our land to be captured.”

At least six Assam Police personnel and one civilian were killed while defending the “constitutional boundary” of the state with Mizoram in the July 26 clash. The situation currently in and around the area of the clash continues to be tense but calm as a large number of CRPF troops have started patrolling NH-306 which runs between the two states.

Officials in Assam’s Barak valley said organized blockades on roads leading to Mizoram were lifted and no group is now out on the streets trying to stop trucks or other vehicles. After the fierce gun battle on Monday various groups in the Barak Valley had announced a blockade of Mizoram, which drew sharp protests from the neighbouring state.

The long-standing dispute between the two states has its origin in a 1875 notification which had differentiated Lushai Hills from the plains of Cachar and another of 1933 that demarcates a boundary between Lushai Hills and Manipur.

Mizoram insists the inter-state boundary should be demarcated on the basis of the 1875 notification, a corollary to the Bengal Eastern Frontier Regulation (BEFR) Act, 1873. Its leaders have, however, been arguing against the demarcation notified of 1933, claiming that the Mizo society was not consulted, while Assam wants that notification to be enforced.