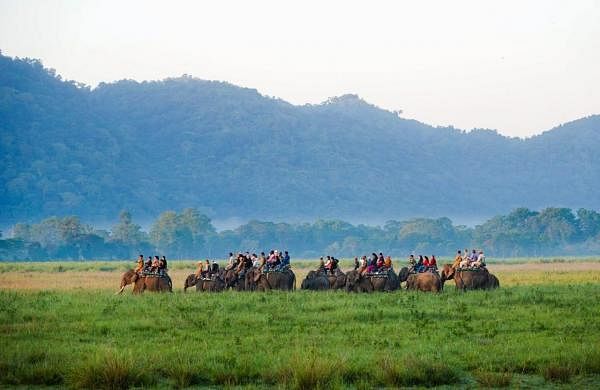 GUWAHATI: The Assam government is awaiting clearance from the Ministry of Road Transport & Highways for a 35-km long elevated road project through the Kaziranga National Park.The Rs 6,000-crore road will run over nine animal corridors and an existing national highway. The basic idea behind the project is to ensure the safety of the animals.“We submitted a report on the road alignment to the Ministry of Road Transport & Highways last week. We are hoping to get the clearance in the next 10-15 days,” an official source told this newspaper on Sunday.Earlier, the state government had submitted an alignment report for a two-lane but the ministry suggested a 4-lane project given the increase in road traffic and looking at the future.Once the state government gets the clearance, it will have to prepare the detailed project report and submit it to the ministry. Subsequently, the government will be required to obtain clearance from the statutory bodies including the National Board for Wildlife.“We fixed the alignment in coordination with the Wildlife Institute of India (WII). We consider it as a Kaziranga project, not a highway project,” the source said.“We took pains in doing the designing to the extent possible without causing any harm to wildlife and human settlements. We are hopeful that there won’t be any hurdles in getting necessary clearance,” the source added.The project, which entails two tunnels with estimated length of 1.5 to 1.6 km and 500 to 600 metres, got momentum under the Himanta Biswa Sarma government.Kaziranga National Park field director P Sivakumar said he had insisted on the removal of structures and human settlements from the nine corridors. Investment is not for road transport but for the smooth passage of animals from Kaziranga to Karbi Anglong and vice versa, he said.“The project will not benefit Kaziranga if the settlements and encroachment are not cleared. The areas have to be converted into parts of Kaziranga. People settled on or near the corridors have to be compensated and relocated,” Sivakumar said.He added that the existing road should act as a highland during monsoon floods.The Kaziranga animals flee to the nearby Karbi Anglong hills during the annual deluge. In the process, a lot of them, mostly deer, get killed after coming under the wheels of vehicles.