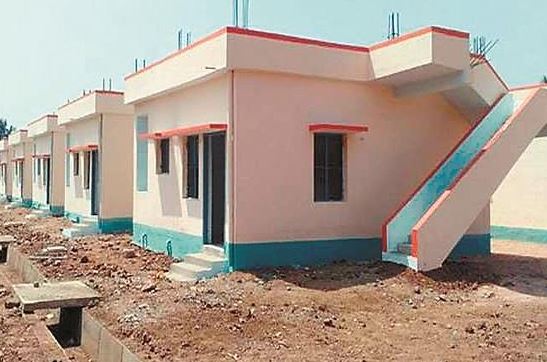 Dark night does not take the name of casting, this is the time for the sun to come out. In human life, some things happen at home spontaneously and those things keep on happening forever. These are the events that a person does not want but he has to carry that pain with him throughout his life, something like this with a courageous lady Mrs. Suman Markam of Rajnandgaon Motipur. A few days after the wedding, a small injury to the leg caused a wound, when the wound became a canker and this canker took one of his legs. Even after losing his legs, the potential of his life was not reduced. She then made a bidi with one leg to raise her son and daughters.
He bought the land at a lower price than his relative but could not build a house on it, there was not much money, the children were also small, they also had the responsibility of parenting, in such a situation, they used to get upset during the rainy day. They had to get the roof repaired. Through the Pradhan Mantri Awas Yojana, a door-to-door survey was being conducted, during the same survey, DPR was found to be eligible for his name. It was included in and after acceptance, the construction work started.
The last lot of rains started to build a house, by collecting the amount of money that has been added and little by little money has been collected in the form of beneficial contribution, and started building a house, houses on the sloping place Due to this, the rain water used to get filled inside the house from knee to knee, which the whole family used to wake up overnight and take them out of the house, keeping this in mind, they started to build their house from a high place. Today, the happiness they are getting while living in this house, the past gum is becoming bleak and the expectations have been reached. With her happiness, Gadgad greets the government with her heart.