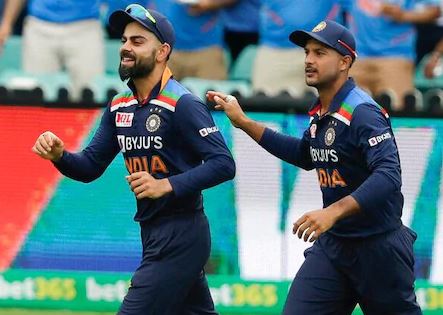 As Australia have taken a 2-0 unassailable lead in the ODI series, India’s playing XI issues have come out strong. After the 1st ODI, which the hosts won by 61 runs, it was made clear by Indian captain Virat Kohli that all-rounder Hardik Pandya is not fit to resume bowling at the international level.

Even the all-rounder himself, at the post-match press conference after hitting 90 runs in Sydney, said that he is in the process of returning to bowl in international cricket but is still not match ready. It was indeed a shock when Kohli decided to give the ball to Pandya in the 2nd ODI and he went on to bowl 4 overs.

Former India cricketer Ashish Nehra has pointed at the ‘hasty’ decision-making of Kohli in the 2nd ODI, at the Syndey Cricket Ground, with too many bowling changes. Nehra said that some of those decisions were so made in a hurry that they didn’t make any sense. While Hardik Pandya bagged the wicket of centurion Steve Smith in his 4 overs, Kohli gave Mayank Agarwal an over to bowl too.

“In today’s game, Virat Kohli gave two overs to Mohammed Shami and then brought Navdeep Saini. He wanted Shami to bowl from the other end, that I understand, but then, why would he use Jasprit Bumrah for only two overs with the new ball?

I agree Virat Kohli is making frequent changes in bowling. He only had five bowling options. India used Mayank Agarwal and Hardik Pandya – it was a decision made on the ground. If things were going in India’s way, you would not have seen these two getting an over,” Nehra said on Cricbuzz.