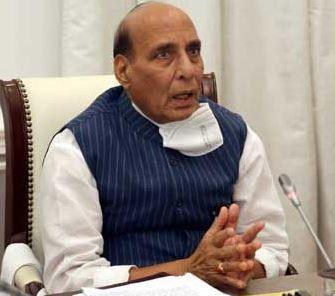 The ASEAN (Association of Southeast Asian Nations) Defence Ministers’ Meeting (ADMM) has grown in the last decade to become the fulcrum of peace, stability and rules-based order in this region, said Defence Minister Rajnath Singh on Thursday.

“Amid the current regional environment with visible strains, we appreciate the central role of ASEAN-led forums, including ADMM Plus in promoting dialogue and engagement towards a pluralistic, cooperative security order in Asia,” Singh said while speaking at the ASEAN Defence Ministers’ Meeting Plus (ADMM-Plus).

“The ADMM Plus has grown in the last decade to become the fulcrum of peace, stability and rules-based order in this region. The concepts of ‘vasudhaive kutumbakam’ – ‘the whole world is one family ‘sarve bhavantu sukhinah’, all be at peace’ are the core of the Indian civilization,” the Defence Minister added.

Singh added that exercising self-restraint in the conduct of activities and avoiding actions that may further complicate the situation, “will go a long way in bringing sustained peace to the region”.

Singh asserted, “The ASEAN Outlook on the Indo-Pacific underscores this impetus to cultivate strategic trust and continuously promote ASEAN centrality in the regional architecture.”

The Defence Minister urged the members to “continue our efforts” to address the threats of bioterrorism, transnational trafficking and pandemic diseases.

“The support of the military establishments of our respective countries to their civilian law enforcement counterparts is important,” he said.

The ADMM-Plus is a platform for ASEAN and its eight dialogue partners to strengthen security and defence cooperation for peace, stability, and development in the region.