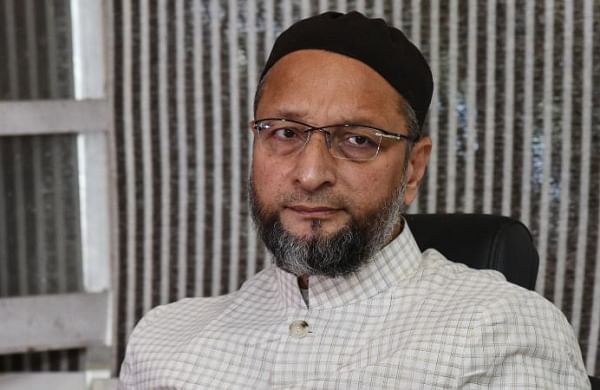 HYDERABAD: AIMIM president Asaduddin Owaisi on Saturday suggested that high-resolution cameras can be installed at religious places and a live telecast can be done whenever any religious procession passes through the locality so that trouble-makers can be identified.

“I am saying that all religious places, especially masjids and dargahs, must install high-resolution cameras and whenever a religious procession is passing through these places of worship, they should open their social media website and do a live telecast,” he told reporters here.

People would come to know the truth when they watch live proceedings of the event whenever any religious procession is taken out, he said, adding that Muslims are routinely blamed for problems during communal incidents.

On his delayed reaction to the recent suspected honour killing incident in Hyderabad in which a Hindu man was alleged killed by the relatives of his Muslim wife, Owaisi said the media cannot dictate him and that he would react according to his wish.

He has earlier condemned the incident.

On Congress leader Rahul Gandhi visiting Telangana and the Congress trying to regain strength in the state, he referred to a video in which Gandhi allegedly asked for what should be the content of his speech.

“If you don’t know what message you want to give to Telangana people and why they should support you, how you will be able to challenge TRS,” he said.

On Gandhi reportedly challenging the ruling TRS, BJP and also AIMIM, he said the Congress leader may lose his Wayanad parliamentary seat in Kerala and that he can try his luck in Hyderabad, Secunderabad or Medak in Telangana.