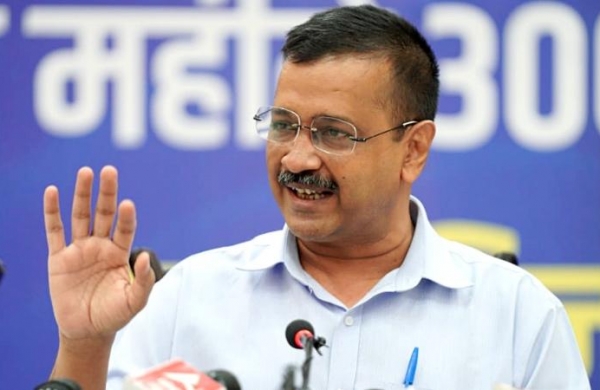 According to a statement issued by the Punjab unit of the AAP in Chandigarh, the meeting with the AAP MLAs at the chief minister’s Delhi residence lasted for about three hours.

Punjab AAP state president Bhagwant Mann, who is MP from Sangrur, and Leader of Opposition in Punjab, Harpal Singh Cheema, were present.

After the meeting, Mann said the AAP’s CM face for Punjab will be announced soon.

Kejriwal met all the party MLAs from the state and discussed in detail how the AAP’s policies could be taken to every voter in Punjab, he said.

We discussed what would be the blueprint for the polls,” he told reporters in Delhi.

According to the party statement, Kejriwal held discussion regarding the assembly elections and sought detailed suggestions for strengthening the farmers’ movement.

When contacted, a senior party leader from Punjab said one MLA said that the party should soon declare its chief ministerial candidate.

During his Amritsar visit last month, Kejriwal had announced that the party’s chief ministerial face for the 2022 polls will be from the Sikh community.

Giving special directions to all the MLAs, Kejriwal said the farmers’ movement should be supported at all levels, said the party statement.

“He said today the ‘annadatas’ (farmers) of the country were forced to fight for their land and existence; but the Narendra Modi-led central government is not giving up its stubborn stance, which is reprehensible.”

“He reiterated that the Union government should immediately repeal the anti-agriculture “black” laws and should not introduce the Electricity Amendment Bill, 2021, in Parliament, said the party statement.

During the meeting, the support given by the AAP government to the farmers’ movement and the voice raised by Mann in favour of the farmers inside and outside Parliament was highly appreciated.

Kejriwal said that everyone is well aware of various mafia which allegedly flourished during the rule of previous SAD-BJP and the present Congress regime.

He said the people of Punjab were eagerly waiting for the polls to oust the Congress from power and keep the SAD and its erstwhile ally BJP at bay.

In the meeting, Kejriwal advised the AAP Punjab MLAs and the entire leadership were advised to go door-to-door to tell the people about the development-oriented policies of the Aam Aadmi Party government in Delhi.

If AAP comes to power in Punjab, it is committed to make Punjab a prosperous state again.

Also, Kejriwal gave many examples of Delhi’s development model to the Punjab leadership, said the statement.