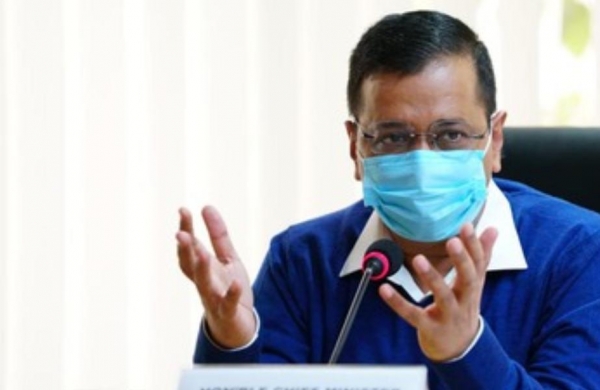 By Express News Service
NEW DELHI: The violence on Republic Day was ‘unfortunate’, but it would not end the farmers’ movement against the Centre’s new agriculture laws, Delhi Chief Minister Arvind Kejriwal said on Thursday. He said ‘strictest punishment’ must be given to those responsible for the violence.

Kejriwal at a meet said the farmers’ protest against the farm laws is a battle of existence for them. “The violence on Republic Day was unfortunate and whoever is responsible for it must be given strictest punishment,” he said.

“But the violence will not lead to the end of the farmers movement, the issues still remain so the movement cannot end. We have to peacefully extend our support to the protesting farmers,” he said.“Whoever is responsible for the turn of events, and I am not referring to the ones against whom police have registered fake cases, deserves to be punished. Whoever is responsible, whichever party is responsible, should be acted against.

ALSO READ | Farmers’ protest comes to an end in UP’s Baghpat; protesters allege use of force by police

“The violence has been done under a conspiracy to discredit the farmers movement, and the real culprits of this violence are not being acted upon. The three agriculture laws must be repealed,” he said.

The ruling AAP in Delhi has strongly come out in favour of the farmers protesting against the agri-marketing laws.

The party had, in a statement on Tuesday, said that the Centre allowed the situation to deteriorate.

It had said the violence “has certainly weakened the movement”, which was peaceful and disciplined over the last two months.

Tens of thousands of farmers broke barriers to storm the national capital on Republic Day, their tractor parade to highlight their demands dissolving into unprecedented scenes of anarchy as they fought with police, overturned vehicles and delivered a national insult hoisting a religious flag from the ramparts of the Red Fort, a privilege reserved for India’s tricolour.