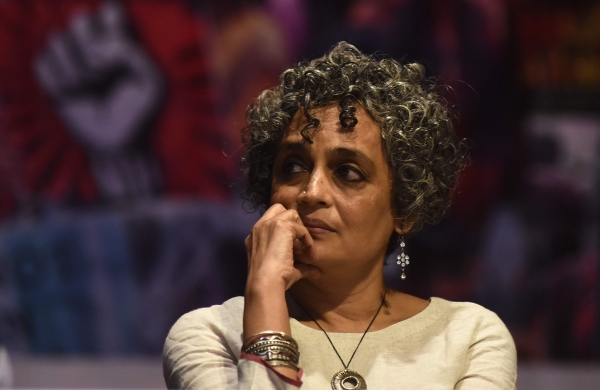 By PTI
PUNE: Eminent novelist and essayist Arundhati Roy on Saturday came out in support of the farmers who are agitating on Delhi borders, and said the new farm laws which they are opposing will help only the corporate sector.

Speaking at Elgar Parishad, a conclave, Roy also slammed the BJP governments at the centre and in states over issues such as anti-conversion laws and lockdown.

“It is very important for us to stand by the farmers,” the Man Booker award-winning writer said.

“The new agriculture laws will break the backbone of the farm sector and give the control to the corporates,” she said, alleging that the Union government was trying to discredit the agitation.

As in the the case of ongoing farmers’ movement, there were attempts to discredit the Elgar Parishad and the activists associated with it by terming them as `urban naxals’, she alleged.

All the jailed activists should be released immediately, she demanded.

“During the lockdown when lakhs of people lost their jobs, the wealth of industrialists grew by 35 per cent,” she charged.

She also blasted the BJP-led Union government for announcing lockdown for coronavirus in March last year with only four hours’ notice, calling it an “ambush”.

Criticizing the ordinances issued by BJP-ruled states to penalize `fraudulent’ religious conversions, Roy said many Muslim youths and families have been targeted under the garb of these laws.