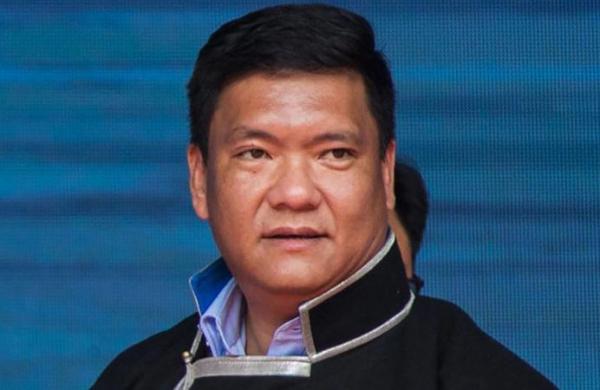 By PTI
ITANAGAR: Arunachal Pradesh Chief Minister Pema Khandu on Wednesday monitored the work being undertaken for various development projects in the state, and asked all deputy commissioners to ensure both central and state-run schemes are implemented properly.

Khandu, while chairing the first monthly assessment meeting — ‘Arunachal e-Pragati’ – over video conference, said district officials would be directly answerable to him for any shortcoming, an official statement here said.

The meeting was also attended by the state chief secretary, planning and finance commissioners among others.

Unhappy over the progress of work along the Joram-Koloriang part of the Trans-Arunachal Highway, he called for latest updates from the site, and a monthly status report, the statement said.

The chief minister also sought early completion of Miao-Vijaynagar road in Changlang district, stressing that the governor’s office was monitoring the project and “any inordinate delay in its completion will not be tolerated”.

“Please remember ‘Arunachal e-Pragati’ is not another review meeting. This is a meeting to monitor projects, and all officers, including those executing central projects, will be answerable. Therefore, your personal involvement in the execution of a project is necessary,” Khandu asserted.

The CM also examined the status of the work undertaken for an under-construction greenfield airport at Hollongi, establishment of Ekalavya Vidyalayas, upgrading of district hospitals, and implementation of Jal Jeevan Mission and Prime Minister Gram Sadak Yojana (PMGSY).

Khandu took serious note of pending work in “non-performing” districts, particularly in the execution of PMGSY scheme and Jal Jeevan Mission, and directed officials concerned to inspect the work sites from time to time.

Seeking a status report on the cluster farming scheme of the government, he invited suggestions to improve the process of its implementation from field officers and district administrations.

“Send in your comments and suggestions. Go for corrective measures,” he stated.

Addressing the deputy commissioners, the chief minister further said that they should keep local legislators in the loop, as and when they face any hindrance.

Official sources said ‘Arunachal e-Pragati’ shall hence be held every third Monday of the month, and departments will be intimated well in advance about the projects and schemes that would be monitored.