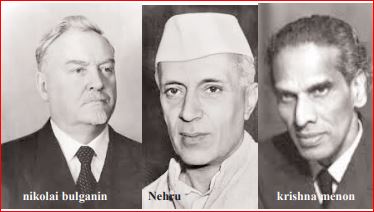 Last week India succeeded in becoming a temporary member of the UNSC in the UN. Most of the countries of the world have supported India to become permanent member. The great powers of the world, America, France and Russia have also supported India. Today Russia has again given its support to India.

Despite this, will India be able to become a permanent member of the UNSC due to Nehru’s mistake?

That is, Nehru handed over the veto power which was going to come into India’s hands due to America and Russia, to China on the advice of Comrade Krishna Menon.

What about the future

>> Charter amendment would be required to obtain permanent membership of the UN Security Council, which would be subject to the Chinese veto.

China may continue to block India’s candidacy for membership of the NSG. On the proposal for permanent membership. The related file should be traced, disbanded and transferred from the National Archives. The nation has the right to know what is the reality?

>> Chinese leadership consistently followed the policy of ‘China First’. The People’s Republic of China replaced Taiwan at the United Nations in 1971. He exercised his first veto on Bangladesh’s accession to the United Nations in August 1972 to neutralize geopolitical gains in the 1971 war. Also used veto in Masood Azhar case.

Nehru surrendered those proposals to India for good relations with China, the proposals that had come for India to become permanent members of America and Russia. Nehru made this mistake so that peace should remain and China was helpful in it.

Nehru’s concern about disrupting India’s relations with China did not stop relations deteriorating over the next decade. This was not the result of American mechanization, but rather Chinese aggression. India had been dependent on the Soviet veto since the 50s. It was strange that we as permanent members of the Security Council did not want to keep this option for ourselves.