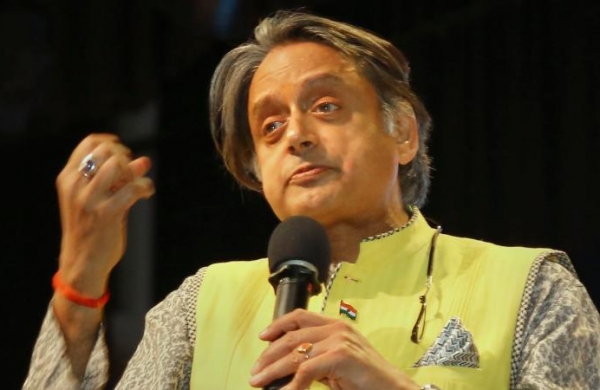 The Prime Minister had turned emotional several times in Rajya Sabha on Tuesday while recalling his close association with Congress leader Azad, whose term in the House ended.

Participating in a discussion on former Vice President Hamid Ansari’s book “By Many a Happy Accident: Recollections of a Life”, Tharoor said, “It (the farewell speech by the PM) was a very artfully crafted performance.”

“It was partly in response to Tikait’s tears that he decided he also has tears,” Tharoor said, referring to farmer leader Rakesh Tikait who broke into tears recently while talking about the ongoing farmers’ protests at the Ghazipur border.

Reminiscing about their long association, Modi said that as chief ministers of Jammu and Kashmir and Gujarat, both of them kept in touch with each other.

Sharing details of their communication during a terror attack on some Gujarati pilgrims in Jammu and Kashmir, Modi said Azad was the first one to call him about the incident.

With tears rolling down his cheeks, Modi said Azad cried on the call while informing him about the horrific attack.

“Azad was the first person to call me. During that call he could not stop crying,” the prime minister said in a choked voice as tears rolled down from his eyes.