Arrested women scribes to be handed over to Tripura cops on Monday; Editors Guild, IWPC condemn the detentions 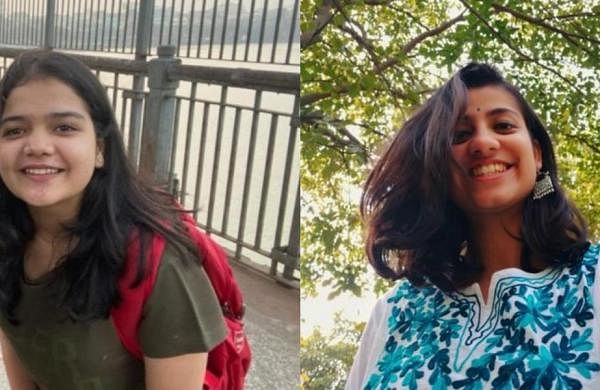 AGARTALA/KARIMGANJ: Two women journalists, who came to Tripura to write on the recent communal incidents in Tripura were detained by Assam police at Karimganj’s Neelam Bazar, close to Assam-Tripura border on Sunday, police officials in both states confirmed.

Samriddhi Sakunia and Swarna Jha, journalists with HW News Network, were named in a FIR at Fatikroy Police Station of Tripura on Sunday based on a complaint filed by a supporter of Vishwa Hindu Parishad (VHP), alleging that they had maligned the image of Tripura government by their reporting, according to a statement issued by their employer.

The duo are being kept at a government-run shelter home for women for the night and will be handed over to the Tripura police on Monday morning, an Assam police officer said.

The two scribes were held by Assam Police on their way to Silchar airport later on Sunday, with Assam Police informing them that they were being held as “Tripura Police asked (Assam Police) to detain them (the duo)’.”

In a tweet, Sakunia wrote, “We have been detained at the Nilambazar police station, Karimganj, Assam. We were informed by the officer-in-charge of Nilambazar PS that SP of Gomti District gave the orders for our detention.”

A senior police official in Agartala said that they were detained on the basis of requests by Tripura police and a team of Tripura Police officials from Dharmanagar has gone to Nilambazaar to bring them.

The official said, the journalists posted on social media that a mosque was burnt in Gomati district and a copy of the Quran was damaged.

“Police suspect that the videos uploaded by her were doctored and police wanted to know if the videos were fake were true by interrogating them”, he added.

In a tweet on November 11, Sakunia had written, “#Tripuraviolence Darga Bazaar: On 19th October at around 2:30 am, some unidentified people burnt down the mosque in Darga Bazaar area. People in the neighborhood are very upset with the fact that now they don’t have any place nearby to go and pray.”

The police official said, “The journalists had a travel plan to fly outside Tripura and police asked them to meet some police officials before leaving the state. The duo then changed their travel plan and started for Silchar in Assam without informing us. So Tripura police requested Assam police on the basis of which they detained the journalists.”

A press release issued from the office of Tripura Police Director General VS Yadav claimed that the posts by Sakunia were not true and promoting a sense of hatred between communities.

“In this social media post, she posted a video of her visit to the half burned prayer hall damaged by mischievous fire in the house of one Rahamat Ali of Hurijala, PS Kakraban on 11/11/2021 to claim that one holy Quran was burned in the incident occurred on the night of 19/10/2021 which refers to Kakraban PS Case No.74/2021 U/S 436 IPC.”

“This is contrary to the findings so far revealed in course of investigation as presence of no such damaged books/documents was brought to the notice of investigating officer and fire service staff who extinguished the fire,” the police statement said.

The statement added that a team of lawyers, who visited the state earlier, had made a similar claim with a “questionable photograph”.

It added that people with “vested interests” were trying to flare up communal tension in the state.

Police officials in both the states have confirmed that Samriddhi Sakunia and Swarna Jha, journalists with HW News Network, who went to Tripura to write on the recent communal incidents there, were detained by the Assam Police at Karimganj’s Neelam Bazar, close to the border between the two states on Sunday.

“Editors Guild condemns this action and demands their immediate release and restoration of their freedom to travel,” the EGI said in a statement.

The IWPC also condemned the police action against the two journalists and demanded that they should be allowed to do their job without any fear.

“We understand that the two women journalists, Ms Sakuni and Ms Jha, are to be taken back to Tripura for questioning,” the IWPC said, adding, “We demand that they be released immediately and be allowed to do their job.”

The official said the journalists had posted on social media that a mosque was burnt in Gomati district and a copy of the Quran was damaged.

“Police suspect that the videos uploaded by her were doctored and police wanted to know if the videos were fake or true by interrogating them,” he added.