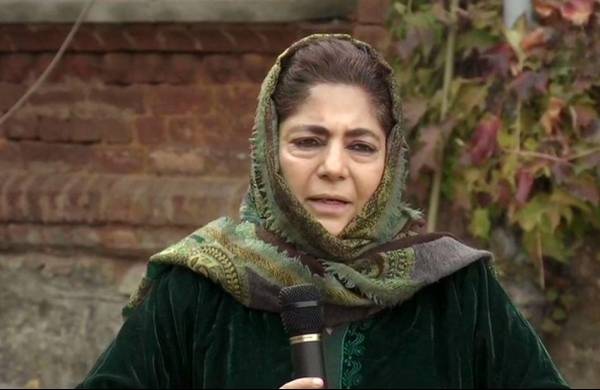 By PTI
SRINAGAR: PDP president Mehbooba Mufti on Wednesday alleged her party’s youth wing president Waheed Para, arrested by the Jammu and Kashmir Police, was being kept under “inhuman conditions and tortured” to compel him to admit to false charges.

In a series of tweets, Mehbooba said it was ‘shameful and appalling’ and that such actions discredit and bring disrepute to the institutions meant to uphold law and order.

“J&K CID has joined the list of central agencies that work to terrorise Kashmiris & falsely implicate them. Waheed is being persecuted & tortured to admit the false allegations. Since an admission didn’t happen he is being kept under inhuman conditions. This investigation has been fraudulent & politically motivated from day one,” she alleged.

“The norm dictating such deceitful investigations is Show me the man & I’ll show you the crime’. Shameful & appalling that these actions discredit & bring disrepute to the institutions meant to uphold law & order,” the former chief minister of Jammu and Kashmir further alleged.

Para was first arrested by the National Investigation Agency (NIA) in a case related to his alleged links to the Hizbul Mujahideen terror outfit.

He was later granted bail by an NIA court.

However, two days later, the PDP youth leader was arrested by the police in Jammu and continues to remain in custody.