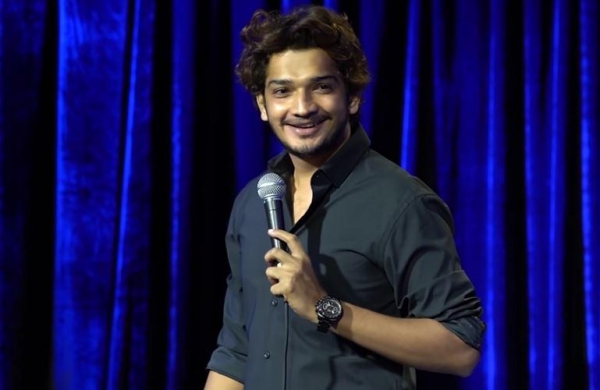 By Express News Service
NEW DELHI: The Supreme Court on Friday granted interim bail to stand-up comedian Munawar Faruqui who was arrested by the Madhya Pradesh Police for allegedly hurting the sentiments of Hindus during a show.

“The petitioner (Faruqui) is released on ad-interim bail on conditions to the satisfaction of the trial court,” a bench headed by Justices R F Nariman ordered.

While issuing notice to the Madhya Pradesh government on Faruqui’s plea, it also stayed a warrant for production of the comedian in Uttar Pradesh in another case.

The bench granted interim bail to the comedian after it was pointed out that procedure under Section 41 of CrPC and the law laid down by the Supreme Court with regard to arrest weren’t followed.

Supreme Court issues notices to MP and others on a petition by comedian Munawar Faruqui for bail and stays production warrant in UP for arresting Faruqui in a case @NewIndianXpress @TheMornStandard
— kanupsarda (@sardakanu_TNIE) February 5, 2021

On behalf of the comedian, advocate Saurabh Kirpal termed it a case of victimisation and said the allegations made in the FIR were vague.

He argued that a person cannot be arrested unless there is a magistrate’s order or a warrant, which is stated in Section 41 of the criminal code, and the law laid down by the Supreme Court with regard to arrest weren’t followed.

“Do you say that Section 41 CrPC was not followed as per our 2014 judgment,” the bench asked.

Kirpal said it wasn’t and his client was being harassed. Faruqui was arrested on January 1 by the Madhya Pradesh Police  in Indore.

On January 28, the HC dismissed the bail pleas of Faruqui and fellow comedian Nalin Yadav.