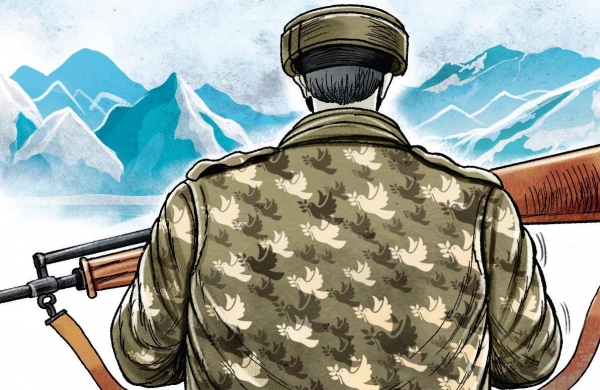 By PTI
SRINAGAR: The Army on Monday denied that its captain, who is facing the allegation of a fake encounter in Amshipora, was “driven” by a Rs 20-lakh reward for killing terrorists, saying there was no system of cash rewards for its personnel for any acts in combat situations or otherwise in the line of duty.

“There are media reports quoting that Amshipora encounter actions were driven by a Rs 20 lakh award for the killing of terrorists. It is clarified that the Indian Army has no system of cash awards for its personnel for any acts in combat situations or otherwise in the line of duty,” the statement said.

It said the reports are “not based on facts of the processes internal to Indian Army”.

Three youths, who were dubbed as terrorists, were killed in the alleged fake encounter in July last year.

However, the Special Investigation Team constituted by the Jammu and Kashmir police to probe the incident stated in its charge sheet that “by staging the encounter” the accused Capt.

Bhoopinder Singh and two other civilians –Tabash Nazir and Bilal Ahmed Lone — also “purposefully destroyed evidence of the real crime that they have committed and also have been purposefully projecting false information as part of a criminal conspiracy hatched between them with the motive to grab prize money of Rs 20 lakh”.

The army had ordered a Court of Inquiry into the incident.

The charge sheet was filed by the police before Chief Judicial Magistrate Shopian on December 26, 2020.