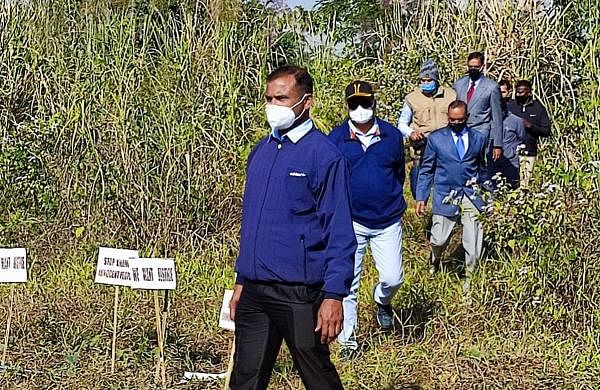 GUWAHATI: The Nagaland government-constituted Special Investigation Team (SIT) will question the Army personnel who were involved in the December 4 killing of civilians during and after a botched ambush at Oting in the state’s Mon district.

A senior Nagaland Police official confirmed on Wednesday that the Army had granted access to the SIT to quiz the personnel.

However, it was not clear if the personnel will be questioned face to face or they will give written replies to queries from the SIT. Nagaland government sources said face to face questioning was more likely.

Meanwhile, an Army team probing the incident visited places in Mon, including the site of the ambush, on Wednesday. The team was led by a Major General who is heading the probe.

The Konyak (tribe) civil society organisations had earlier asked the personnel to not come in uniform or with arms “for their safety as the sight of uniform and weapons might provoke the villagers”.

A Nagaland government source said the personnel had “cooperated with the demand of the civil societies”. They were reportedly provided security by the state police.

In a statement, the Army’s 3 Corps headquarters based in Nagaland’s Dimapur said the Court of Inquiry, instituted by the Army to investigate the incident, visited the site of the incident.

“The inquiry team, headed by a Major General, inspected the site to understand the circumstances in which the incident could have happened,” the statement said.

“The team also took along the witnesses for better understanding of the situation and how events would have unfolded,” it added.

Later, the team visited the Tizit police station to meet cross-sections of the society, including civilians, police personnel and doctors who treated the injured, for obtaining valuable information pertaining to the incident, the statement said.

Earlier, the Army had requested people to share any information pertaining to the incident directly by being present before the inquiry team at Tizit police station. It had also shared a WhatsApp number so that people could share firsthand photos or videos related to the incident.

“As per the Indian Army, the Court of Inquiry is progressing expeditiously and all efforts are being made to conclude it at the earliest,” the statement added.