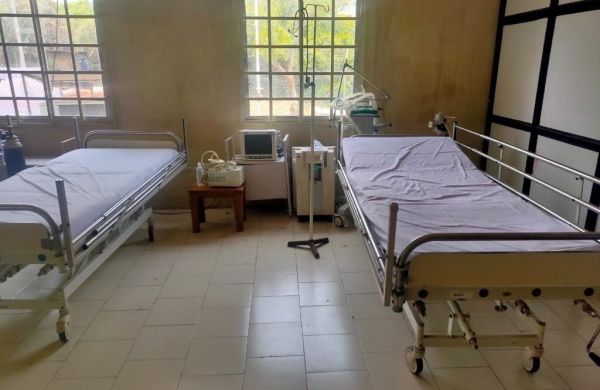 Express News Service
NEW DELHI: The Armed Forces are working on meeting the rising requirements of medical personnel at various Covid care centres across the country. While government decided to defer the retirements of the Military Doctors for seven months, 110 newly commissioned doctors joined on May 14 and forces are training support staff too.A senior Army officer told, “We have been posting our personnel as per the requirements. But the new setups were raised quickly and we have met the on ground requirements.”While keeping the primary duty of looking after the serving personnel, veterans and their families in mind, Armed Forces have deployed the medical personnel, doctors and support staff at various facilities created by DRDO including those at Delhi, Lucknow, Varanasi and Ahmedabad.

There is a pressure on the medical staff admitted, the officer quoted above.Coming as a big relief was the commissioning of 110 freshly pass out Medical Officers into the Armed Forces Medical Services (AFMS) from Armed Forces Medical College, Pune. Ninety-four cadets were commissioned into the Indian Army, 10 in the Indian Air Force and six in the Indian Navy.AFMS is integrated medical organisation in the country. The commissioned Medical Officers would be leaving immediately to join as interns in 31 AFMS hospitals across the country, which are also designated for COVID care of Armed Forces personnel as well as civilians.The steps taken by Ministry of Defence to meet the requirement includes an order for recruitment of 400 Ex-Army Medical Corps (AMC)/Short Service Commission (SSC) officers released between 2017 and 2021, are expected to be recruited on contract basis for a maximum period of 11 months.MoD has also granted extension to the Short Service Commissioned doctors of AFMS till December 31, 2021 which has augmented the strength by 238 more doctors.Additional contractual staff has also been temporarily hired in 51 high pressure ex-servicemen Contributory Health Scheme (ECHS) polyclinics for night duty for three months to cater to the veterans and their dependents.Meanwhile, the Dhanvantri COVID Hospital at Ahmedabad has emerged as an example of CIVIL – MILITARY cooperation and holistic health care. An officer posted there told, “On an average about 30 discharges a day is taking place from 05 May onwards with the patient strength varying from 427 and peaking up to 600.”The hospital started on 23rd April with about 40 doctors and today it has 140 doctors along with more than 400 highly qualified Medical Staff. The hospital has state of art infrastructure like CT Scan, X Rays, Lab Test, Dialysis and Tele Consultation – all are being provided to patients free of cost.Beside medication, multipronged approach towards holistic health care involving Yoga, Pranayam, Ayush, counselling by professional psychiatric & personal touch.