Area of vegetable and rabi crop increased due to solar suzla scheme, income of farmers from all over the world has increased, it is possible if there is Bhupesh 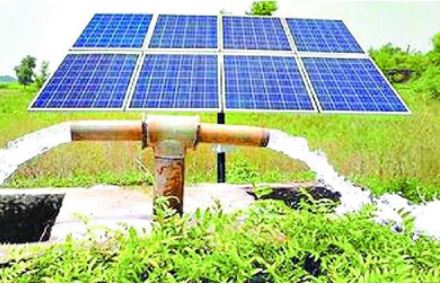 Increased area and income of vegetable production and rabi crop has been increasing. The solar pump received under the Solar Sujala Scheme for the farmer Kanhaiya of village Chobhar of Chhuikhadan development block is not less than any gift. Farmer Kanhaiya told that he has 2.400 hectares of land, but the irrigation source in my field was tube well but due to lack of electricity supply, he was able to take only one crop of paddy in Kharif and missed the Rabi fall. He informed that information about Solar Sujala scheme was received by Agriculture Department and he installed Solar Sujala in the year 2018. He had to pay only 15 thousand farmers’ share and with the solar pump under solar sujala scheme, he is able to take gram, wheat and vegetable crops in paddy as well as rabi. Kanhaiya said that I have received 50 percent additional income from vegetable production and planting of wheat and gram. For this, he thanked the government.