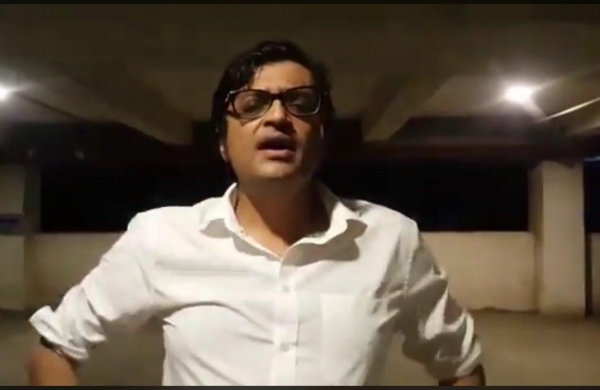 By PTI
MUMBAI: The Bombay High Court on Wednesday granted further time to Republic TV Editor-in-Chief Arnab Goswami to amend his petition and place on record the charge sheet filed against him and two others in a 2018 case of abetment of suicide of an interior designer.

Goswami and the two other accused Feroze Shaikh and Nitish Sarda will have to appear before a magistrate court at Alibaug in neighbouring Raigad district of Maharashtra on Thursday, pursuant to summons issued to them in December 2020.

On December 16, 2020, the magistrate’s court took cognisance of the charge sheet filed by Alibaug police in the case and directed the three accused to appear before it on January 7 to commit the case to a sessions court.

As the charges invoked in the case are punishable for more than seven years, the trial in the case will have to be conducted by a sessions court.

In November last year, Goswami filed a petition in the high court, seeking to quash the FIR registered against him by the Alibaug police.

He later sought to amend his petition so as to challenge the charge sheet filed by the police.

The same was allowed by the HC in December 2020.

On Wednesday, advocate Niranjan Mundargi, appearing for Goswami, sought further time to carry out the amendment.

“The charge sheet is bulky and is in Marathi. We need to translate it to English and hence, we need some more time to do so,” Mundargi said.

The court accepted it and posted the petition for hearing on February 11.

Advocate Vijay Aggarwal, appearing for accused Nitish Sarda, who has also filed a petition in the HC against the FIR, sought that the court hear his arguments.

Aggarwal said the accused persons have been asked to appear before the magistrate”s court on Thursday.

To this, Justice Shinde said, “So appear there. What is going to happen? The trial is not going to start tomorrow.”

The court posted Sarda”s plea also for hearing on February 11.

The three accused were arrested by the Alibaug police on November 4, 2020.

It is the police’s case that architect and interior designer Anvay Naik committed suicide in May 2018 over alleged non-payment of dues by companies of the accused persons.

Goswami in November last year filed a petition in the HC seeking to quash the FIR, and also sought interim bail.

The HC on November 9 refused to grant interim bail following which Goswami approached the Supreme Court.

The SC on November 11 granted interim bail to Goswami.

The police filed the charge sheet in the case last month.