Approval of 113 works worth Rs. 12.21 crore for development of mineral affected areas. 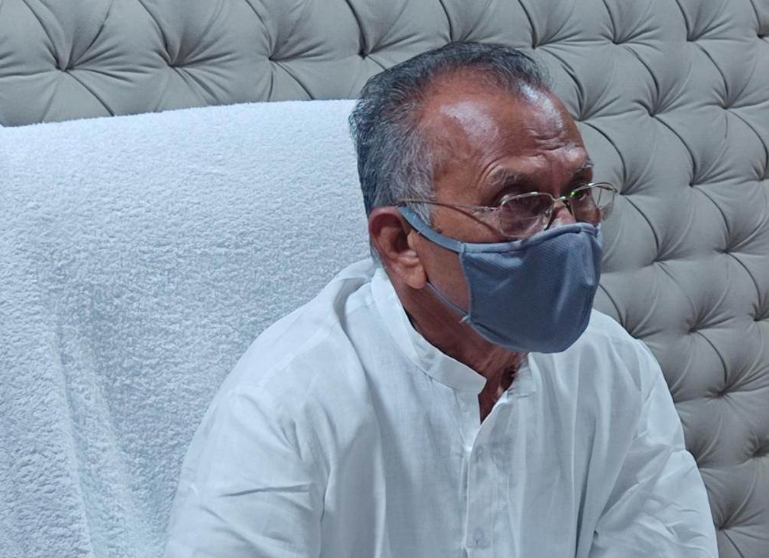 In the meeting of the Governing Council of District Mineral Trust Institute (DMFT), 113 works worth Rs. 12 crore 21 lakh were approved in direct and indirect mining affected villages of Bilaspur district. The meeting was chaired by Home Minister and Minister in-charge of Bilaspur district Mr. Tamradhwaj Sahu through video conferencing.
In the virtual meeting, Rs 4 crore 74 lakh was approved to develop 5 schools located in the Vidhan Sabha Bilha, Masturi, Kota, Takhatpur and Belatra as excellent English medium schools under the Swami Atmanand English Medium School Scheme. Approval was approved for Rs. 1 crore 9 lakh 64 thousand for additional food for malnourished children of the district under the Chief Minister’s Nutrition Campaign Scheme.
Home Minister Mr. Sahu said that the third wave of corona is also expected by the experts. Necessary preparation should be done by making a solid strategy to deal with it. He said that it was expected that children would be affected more in the third wave. Keeping this in mind, make sure to create separate wards for children in all hospitals, community health centers. He said that the people’s representatives and officials should work for the development of the area in coordination with the mining affected villages of the district. Instructions were also made to provide list of construction works to public representatives.
At the meeting, Collector Dr. Summary Mitter presented the proposal for approval for spending 60 percent of the total expenditure in the indirect affected areas and 40 percent in the directly affected area, as per the Guidelines of the DMF. Action plan of 5 crore 62 lakh 5 thousand received from MLAs and District Panchayat President in the meeting, 4 crore 74 lakh rupees for developing 5 schools as excellent English medium, Mangla, Lala Lajpat Rai under English Medium School Scheme and 75 lakh for the upgradation work at Tarabahar and 1 crore 9 lakh 64 thousand under the Chief Minister’s Nutrition Campaign, thus a proposal for an action plan amounting to a total of 12 crore 21 lakh was placed before the Governing Committee for approval. This includes Rs 7 crore 61 lakh 66 thousand in the high priority sector and Rs 4 crore 59 lakh 40 thousand in other priority sectors. The members present at the meeting drew attention to many other works related to their areas. Members of the Governing Committee, Parliamentary Secretary and Takhatpur MLA Smt. Rashmi Singh, Bilaspur MLA Mr. Shailesh Pandey, Masturi MLA Dr. Krishnamurthy Bandhi and Belatra MLA Rajneesh Singh put forth proposals for their respective areas and also gave suggestions.