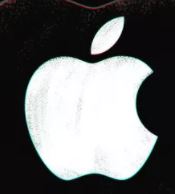 On Wednesday, Apple announced a reduction to its longstanding App Store commission rate, one of the most substantial changes to how iOS developers earn money in the history of the iPhone maker’s digital app marketplace, as part of a new program for small businesses. The new App Store Small Business Program, as it’s called, will allow any developer who earns less than $1 million in annual sales per year from all of their apps to qualify for a reduced App Store cut of 15 percent, half of Apple’s standard 30 percent fee, on all paid app revenue and in-app purchases.

The company says the “vast majority” of iOS app developers should be able to access the program, but Apple declined to say what percentage of its more than 28 million registered app makers would qualify. Apple also declined to specify how much of its App Store revenue would be affected by the reduced commission. But the App Store, which generated an estimated $50 billion in revenue in 2019 according to CNBC, is one of Apple’s most pivotal businesses beyond the iPhone and represents a pillar of the digital services strategy CEO Tim Cook has touted as the future of the company’s business.

APPLE WILL LET DEVELOPERS WHO EARN LESS THAN $1 MILLION KEEP 15 PERCENT MORE REVENUE
The new small business program goes into effect starting January 1st, 2021. Developers will be asked to apply for the program, and Apple says it will be releasing more information about that process and other eligibility requirements and deadlines in December. Apple did not elaborate on why it’s choosing not to automatically enroll developers into the program, but it’s possible requiring that developers enroll may reduce the potential for fraud or other abuses that could arise if Apple simply auto-enrolled everyone below the threshold.

Apple did spell out some of the program’s rules today. The company says it will look at developer proceeds for the year of 2020 to determine eligibility starting in January. New developers can also qualify right away. For those app makers that exceed the $1 million threshold at any point in 2021, they will automatically be removed from the program and subject to the standard 30 percent cut. If a developer falls back below the $1 million threshold in a future calendar year, Apple says they can re-qualify for the program and its reduced commission rate.