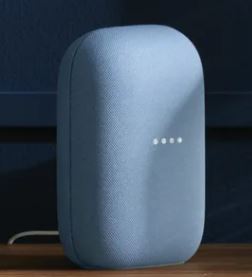 Apple Music support is rolling out right now to devices that support Google Assistant, including Nest Audio, Nest Hub Max, Nest Mini, and much more. Obviously, you must first link your Apple Music account in the Google Home app, but after that, you should be able to play the music you love on Apple’s music streaming service.

Also, if you’re using multiple music streaming services, don’t forget to select Apple Music as your default one, so that you can use voice commands like “Hey Google, play New Music Daily playlist” or “Hey Google, play [insert name] playlist.”

In fact, once the update hits your Google Assistant-enabled device, you’ll be able to ask Google Assistant to play any specific song, artist, or playlist available on Apple Music. You’ll also be able to play music based on genre, mood, or activity, as well as your liked songs from your Apple Music library by saying, “Hey Google, play my songs” or “Hey Google, play my library.”

It’s important to mention that Apple Music will begin rolling out today on Nest and other Assistant-enabled smart speakers and displays in the US, UK, France, Germany, and Japan. India isn’t quite ready yet be we should expect to hear from Google sooner, rather than later.