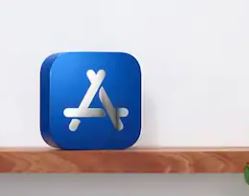 Apple, earlier this week, started notifying eligible developers about the App Store Small Business Program going live imminently. Now, according to some developers, the Cupertino-based giant is already charging lower commission on App Store sales. Apple had last month announced that it will reduce the App Store commissions from 30 percent to 15 percent for small businesses on the Apple App Store.

According to Apple’s App Store Small Business Program, developers who earn up to $1 million (roughly Rs 7,35,65,000) a year from the App Store are eligible for a 15 percent commission instead of a 30 percent commission for major developers. In terms of the latest development, a report in 9to5Mac says that developers told the website that they are already seeing the changes in revenue report on App Store Connect. This is ahead of schedule as the company was supposed to roll out the new changes starting January 1, 2021.

A developer named Aditya Rajveer of Marvis App even took to Twitter to note how he’s being paid $5.09 for an app that costs $5.99. The 9to5Mac report also quotes another developer named David Hodge, who shared a similar report with the website, saying that it seems Apple has decided to roll out the lower App Store commission a few days ahead of schedule.