‘Appears to be ultra vires of previous act’: News broadcasters demand exemption from new IT norms 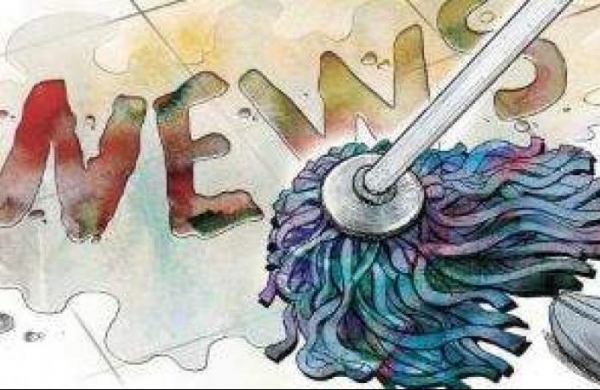 By PTI
NEW DELHI: The News Broadcasters Association (NBA) Thursday urged the government to “exempt and exclude” the traditional television news media and its extended presence on the digital news platforms from the ambit of the IT Rules 2021, saying it is already “sufficiently regulated” by various statutes, laws, guidelines, codes and regulations.

“The Information Technology Act, 2000 (IT Act, 2000) had not contemplated the regulation of digital news media. Despite this, the IT Rules, 2021 seek to inter alia include traditional news media, i.e. electronic television news media having a digital news feed and presence on other digital media platforms, within its purview. This appears to be ultra vires the IT Act, 2000,” the NBA said, raising its concerns in a letter to Information and Broadcasting Minister Prakash Javadekar.

“In any event, while the NBA appreciates the need for regulations, the traditional news media need not be subjected to and/ or covered under the scope of the IT Rules 2021, since it is already sufficiently regulated by various statutes, laws, guidelines and codes, regulations, and judgements,” it said.

The NBA members are also required to adhere to the code of ethics and broadcasting standards and the National Broadcasting Standards Authority (NBSA) regulations and the guidelines, it added.

The NBSA is an independent self-regulatory mechanism that is headed by an eminent jurist along with four independent members from the civil society, being persons with proven eminence in various fields of activity and four editors of the members of NBA.

“The IT Rules 2021, if applied to the digital media of the linear television medium, would only result in duplication of the adjudicatory and redressal mechanism resulting in the creation of parallel adjudicatory bodies,” the NBA said.

“Any additional mandates as contemplated under the IT Rules, 2021 would result in increasing the employee costs and compliance requirements of the traditional television news media organisations along with duplication and creation of parallel processes,” it said.

The NBA said the media organisations would have to devote “significant resources and time” in resolving each complaint and in defending themselves before multiple forums.

“Therefore, NBA suggests that the focus should primarily be on further strengthening the already existing mechanism of NBSA and giving statutory recognition to NBA’s Code of Ethics under the Cable TV Rules,” it added.

The NBA also said that the IT Act, 2000 and the IT Rules 2021, and “more specifically” provisions such as the blocking of content in cases of emergency, will “severely” impact the freedom of speech and expression of the media.

ALSO READ | New rules designed to prevent misuse of social media; WhatsApp users have nothing to fear: IT minister Prasad

“Since the news channels/broadcasters and their extended digital arms strictly adhere to the statutes and regulations applicable and are governed at multiple levels of redressal mechanism, if the IT Rules, 2021 are made applicable, it will not only lead to harassment of the news channels/broadcasters but will also suppress and violate their fundamental right of freedom of speech and expression and will also restrict news reporting in a fair manner,” the association said.

“The NBA requests the exclusion of the digital news platforms that are owned and run by traditional news media from the purview of the provisions of the IT Rules, 2021,” it said.

The association requested that a “specific and express exclusion” should be carved out in the definitions of “digital news media and/or publishers of news and current affairs content” to exclude the applicability of the provisions of the IT Rules, 2021 to the digital news platforms that are owned and run by the traditional news media.

The association also urged the ministry to keep the IT Rules, 2021 “in abeyance/suspension”, specifically concerning the NBA members till the pending matters challenging the IT Rules, 2021 in the various high Courts are adjudicated upon and decided.