Another test for Uddhav? Cabinet reshuffle in Maharashtra likely after BMC elections 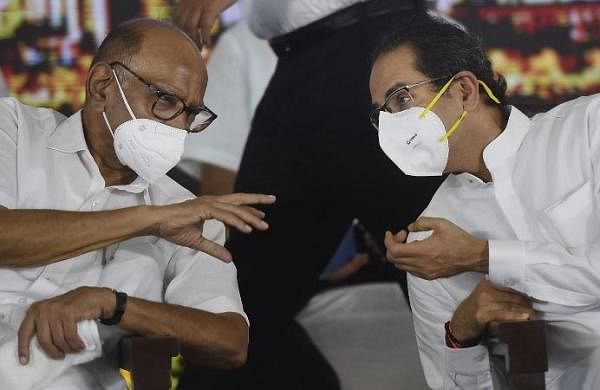 MUMBAI:  A reshuffle of the Maharashtra Cabinet is on the cards. The bigger question for Chief Minister Uddhav Thackeray and NCP chief Sharad Pawar is whether the rejig should be done before or after the BMC polls in February next year.

The Maha Vikas Aghadi government will complete two years at the end of this month. Although the BJP has been trying every trick in the book to topple the government, the alliance of Shiv Sena, Congress and NCP has not broken yet.

“Now, the time has come to show the door to the non-performing ministers and induct fresh faces. The chief minister and the NCP chief have had a series of meetings on Cabinet expansion matters. Both are ready to have it before the BMC elections. However, Congress has conveyed that the Cabinet reshuffle should be done after the BMC polls,” said a senior NCP minister who requested anonymity.

Congress sources said there are two — school education minister Varsha Gaikwad and fisheries minister Aslam Sheikh — from the party in the Cabinet. They need to keep both until the BMC polls.

“Shortly before the crucial polls, no Congress minister will be replaced because it will send a wrong message to cadre and people. Once elections are over, on the basis of performance, a decision will be taken,” said a Congress minister close to Gandhi family.

In NCP, there is talk that those who are not enthusiastic enough to run ministries or are unable to do justice to their portfolio will be replaced.

“Pawar has monthly meetings with our ministers where their performance and people’s feedback are reviewed. The performing ministers will be given more responsibility. The party has been preparing a report card for each minister,” the NCP leader said.

As far as Shiv Sena is concerned, forest minister Sanjay Rathod has resigned and that post has to be filled up. “Besides, there should be exchange of ministries after review of performance. Chief Minister Thackeray will take the final call,” said a Sena leader.

Meanwhile, Maharashtra Congress chief Nana Patole on Sunday mocked the NCP for not being able to win the recent Pandharpur Assembly bypoll and said the latter would “shut shop”in Vidarbha too as it had no base there.

The Congress, NCP and the Shiv Sena are allies who formed the Maha Vikas Aghadi government in the state in 2019 after the saffron alliance between the Sena and BJP broke.

Speaking at a Congress meeting in Wardha, some 740 kilometres from here, Patole said, “The top NCP leadership was unable to retain the Pandharpur Assemby seat (in the recent bypolls). How much time will it take to shut shop in Vidarbha.”

He later told reporters he made the comment as the Sharad Pawar-led party had no base in Vidarbha.