Annual Amarnath yatra to start on June 28, registration from April 1 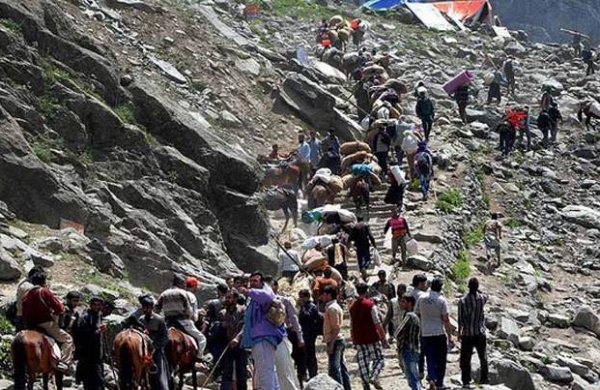 By PTI
JAMMU: The annual Amarnath yatra to the 3,880-metre high cave shrine in the south Kashmir Himalayas will commence on June 28 and culminate, as per the tradition, on the day of Raksha Bandhan festival on August 22, officials said on Saturday.

A decision to this effect was taken at the 40th board meeting of the Shri Amarnath Shrine Board (SASB) chaired by Lt Governor Manoj Sinha at Raj Bhavan here, the officials said.

ALSO READ | Kedarnath temple to reopen to devotees on May 17, Badrinath on May 18

They said the registration process for the yatra would begin on April 1 through 446 designated branches of Punjab National Bank, Jammu and Kashmir Bank and YES bank in 37 states and Union Territories.

The yatra was restricted to a group of Sadhus last year due to coronavirus pandemic, while a year earlier it was called off mid-way due to a “terror threat” on August 2, three days before the Centre revoked provisions of Article 370 and divided the state in to two union territories.

In 2019, over 3.42 lakh pilgrims visited the Hindu cave shrine, housing the naturally formed ice-shivlinga, while the highest number of over 3.52 lakh pilgrims paid their obeisance at the shrine in 2015.