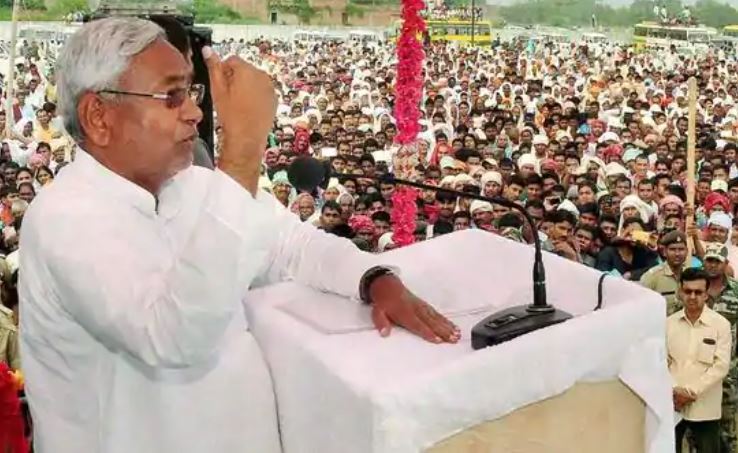 Chief Minister Nitish Kumar has made a big announcement on Saturday before the second phase of Bihar assembly elections. He has claimed that if his government is formed again in the state, the education loan will be forgiven. Chief Minister Nitish Kumar said that if his government comes to power again, Mega Skill Centers will be built in Bihar. Youth will be trained.

He was addressing an election rally at Loknath High School in Jagdishpur in support of JDU candidate Laxmikant Mandal from Nathanagar. The Chief Minister later addressed election meetings in support of NDA candidates at Gopalpur in Bhagalpur, Simri Bakhtiarpur and Sonvarsharaj of Saharsa and Bedlaur in Khagaria. At the Simri Bakhtiyarpur meeting, the Chief Minister said, “If a person is unable to repay the education loan, the government will forgive him.”