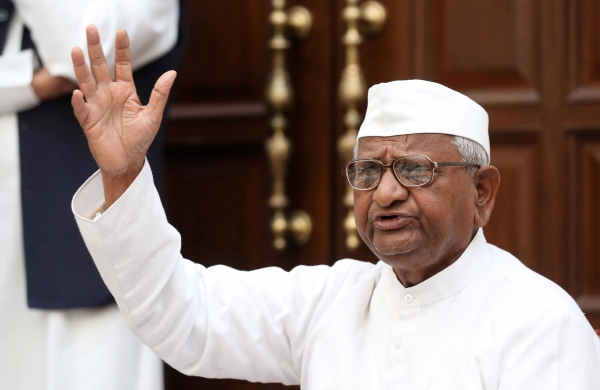 By PTI
MUMBAI: Activist Anna Hazare has announced that he would be launching an indefinite hunger strike against the Union government’s new farm laws on Saturday at his village Ralegaon Siddhi in Maharashtra.

“I have been demanding reforms in the agriculture sector, but the Centre doesn’t seem to be taking right decisions,” he said in a statement issued on Thursday.

“The Centre has no sensitivity left for farmers, which is why I am starting my indefinite fast at my village from January 30,” he said.

Hazare, 83, also appealed his supporters not to flock to his village in Ahmednagar district in view of the coronavirus pandemic.

Thousands of farmers have been protesting at Delhi’s borders demanding rollback of the Farmers’ Produce Trade and Commerce (Promotion and Facilitation) Act, 2020, the Farmers (Empowerment and Protection) Agreement on Price Assurance and Farm Services Act, 2020 and the Essential Commodities (Amendment) Act, 2020.