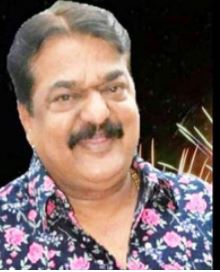 Anil Pusadkar, a senior journalist of the state and editor of Glibs.in, has been appointed as the chairman of the Chhattisgarh State Media and Publicity Committee. The appointment has been made by Maithilisharan Gupta, the national president of Crime Free India and former DGP of Madhya Pradesh. It is noteworthy that Crime Free India is working to reduce the graph of crime in the country. Newly appointed chairman Anil Pusadkar has expressed his gratitude on getting the responsibility of Chhattisgarh State Media and Publicity Committee. He said that this responsibility is a matter of pride for him. He will soon expand the executive at the state level. Committees will be formed in all districts. Will make concerted efforts towards reducing the graph of rising crime. He praised the works of the national president of the institution, Maithilisharan Gupta. Said to fully discharge his responsibilities in the organization. He informed that the national president of this institution, Maithlisharan Gupta, is a senior IPS retired DG Madhya Pradesh. He completed his studies from Engineering College, Chhattisgarh Raipur. Today people know it as NIT Raipur. He has worked as an ASP in Raipur.