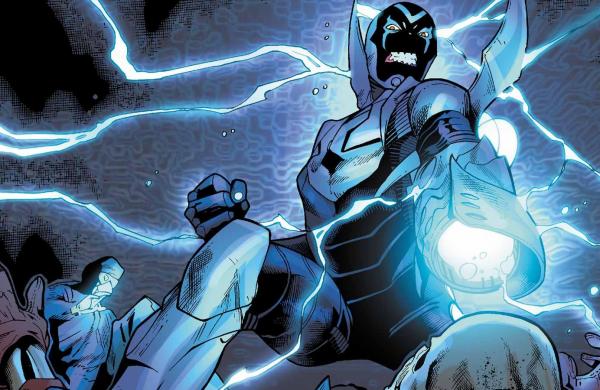 As per Variety, Gareth Dunnet-Alcocer, who wrote ‘Miss Bala’ and an earlier draft of Luca Guadagnino’s upcoming remake of ‘Scarface’, is penning the screenplay.

Zev Foreman is serving as executive producer for the upcoming project. The forthcoming film is slated to start production in the fall.

‘Blue Beetle’ is one of the oldest comic book superheroes, first appearing as a Fox Comics character in 1939 from creator Charles Wojtkowski. The character bounced to different owners as various comics publishers folded through the 20th century, before ultimately landing at DC in the 1980s.

Soto’s upcoming movie will focus on the most recent version of Blue Beetle introduced in 2006 as a Mexican-American teenager named Jaime Reyes. His powers come from a mysterious scarab that binds to Reyes’ spine and provides him with a powerful suit of blue alien armor that can also equip him with bespoke weapons and wings.

Soto made his feature directing debut in 2015 with ‘La Granja’ (‘The Farm’), an indie film about life in his home of Puerto Rico.

Soto’s ‘Charm City Kings’, a fictionalized adaptation of the 2013 documentary ’12 O’Clock Boys’ about an extreme dirt bike gang, won a special jury prize at the 2020 Sundance Film Festival for its ensemble. Originally set to debut in theatres from Sony Pictures Classics, the film was acquired by HBO Max in the wake of the pandemic and premiered on the streamer in May.

Meanwhile, Warner Bros’ next big-screen outing is James Gunn’s ‘The Suicide Squad’, slated to release on August 6, this year.