Andy Cohen set to host ‘Keeping Up With the Kardashians’ reunion

Andy Cohen, Keeping Up With the Kardashians, Kim Kardashian 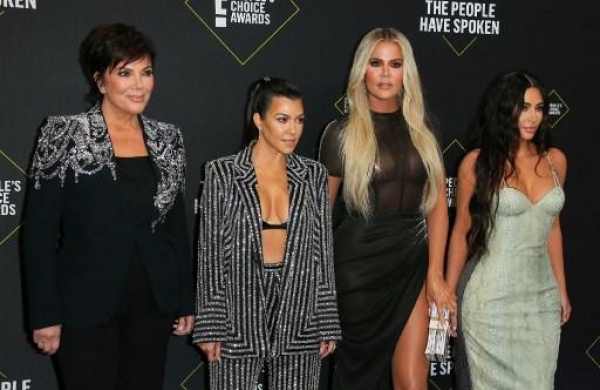 By ANI
WASHINGTON: American talk show host Andy Cohen is set to host a ‘Keeping Up With the Kardashians’ reunion special, which is slated to air after the series finale of the hit reality show.

Cohen revealed the news on Wednesday with a Twitter post featuring a video of him telling members of the Kardashian/Jenner clan about his gig over FaceTime.

Along with the video, he wrote, “The ultimate FaceTime to announce the ULTIMATE #KUWTKReunion hosted by me! Which moment from all 20 Seasons of @kuwtkon @eentertainment, do you want to see the family discuss? I’m all ears.”

“We’re doing a ‘Keeping Up With the Kardashians’ reunion, covering all 20 seasons, hosted by me. Get ready,” he said during the video call.

In a second tweet, he added, “It’s the ultimate family reunion covering 20 years of the Kardashians – and nothing is off limits! tweet questions for Kris, Kim, Khloe, Kourtney, Kylie, Kendall and Scott using the hashtag #KUWTKReunion.”

As per Variety, ‘Keeping Up With the Kardashians’ will come to an end after 20 seasons on E! later this spring.

Cohen is known for his light-hearted but sneakily hard-hitting interview style. The reunion has not been filmed yet, according to a source, and the airdate for the episode has not yet been set.

As per Page Six, topics to wrap the final season will include Kim’s split from Kanye, Khloe and Tristan’s path to their second baby, and an appearance from the former cast member, Caitlyn Jenner.

The final season of the hit reality show premiered on E! in March. In December, the Kardashian-Jenners announced a new deal with Hulu, during a Disney Plus investor presentation.

Details were then and still are, sparse about what the family, who have become global stars since 2007 when ‘KUWTK’ first premiered, will be doing for Hulu.