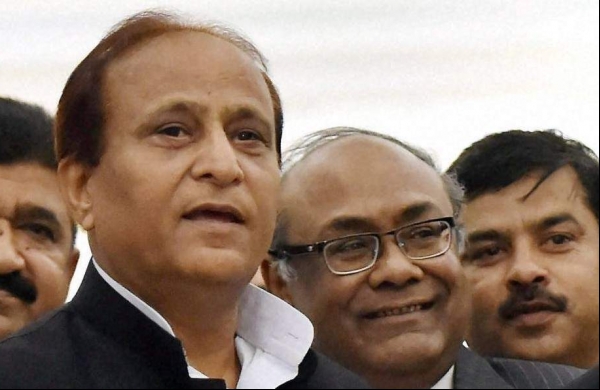 By PTI
ALIGARH: Aligarh Muslim University students on Monday held a march in the campus to protest against the denial of bail to Lok Sabha member from Rampur and former Uttar Pradesh minister Azam Khan.

The students alleged that Khan was being “deliberately” targeted and denied bail on “political grounds”.

Former secretary of the AMU students’ union Huzaifa Aamir said students were “seriously concerned” regarding the health condition of the MP.

Khan, who was lodged in Sitapur jail in connection with cheating and many other cases, was admitted to a hospital in Lucknow recently after his health condition deteriorated.

After handing over a memorandum to AMU Proctor Mohamed Wasim Ali, addressed to the President of India, Aamir told media persons that “the AMU community was very disappointed by the role of Samajwadi Party chief Akhilesh Yadav for not standing beside Khan who is one the founding members of the party”.

He said, “Yadav’s role unfortunately is limited to tokenism and issuing tweets.”

The memorandum, a copy of which is also being sent to the Chief Justice of India, has urged the President to intervene in the matter for granting bail to Khan on health grounds.

It also seeks special protection for the life and security to Khan and his family.