Amit Shah will go again in January, will spend a week every month from February 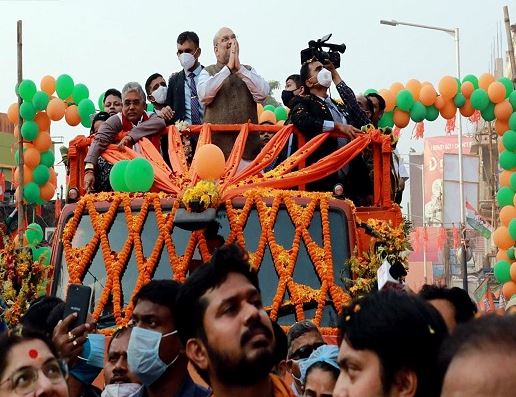 Union Home Minister and BJP leader Amit Shah will visit the election meetings of West Bengal from January before the 2021 assembly elections.

Sources said that Shah would visit West Bengal for a week every month from February. This was communicated by Shah in an internal meeting with state leaders on his recent visit.

When asked about Shah’s next visit, a top state leader said, “There is a possibility after January 20”. The pressure will increase due to Shah’s visit and his presence on the state government, a senior party leader informed.

He said that he would spend about a week every month in the state till the assembly elections in February. Their presence gives a boost to the party cadre, which has been under the grip of harassment by the state for some time, ”said a senior BJP MP from West Bengal.