Amidst pandemic, 654 posts for specialist doctors remain vacant in Uttarakhand 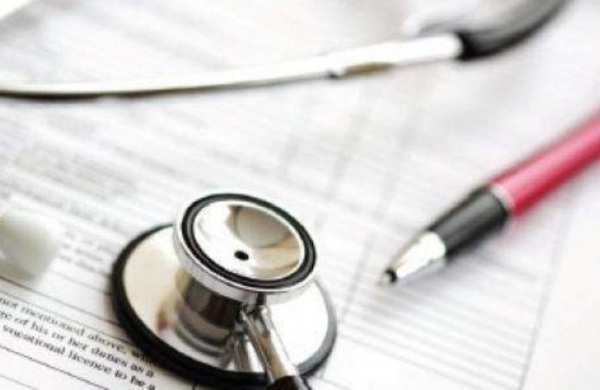 Express News Service
DEHRADUN: Uttarakhand has only 43% specialist doctors available to serve across 13 districts, amidst the ongoing COVID-19 crisis, revealed an RTI reply. Out of total 1147 approved posts for specialist doctors, only 493 are working, leaving 654 posts vacant.

The RTI query was filed by Dehradun based Social Development for Communities Foundation.

“These numbers are alarming, especially when we are in middle of the pandemic. I urge the government authorities to take stock of the situation and initiate measures to fill these gaps in vacancies of the specialist doctors in the state,” Anoop Nautiyal, Founder, SDC Foundation.

Tehri remains the worst affected district with only 13% availability of specialist doctors, followed by Chamoli at 27% and Pauri at 28%.

Out of total 98 approved posts, only 13 are filled and 85 are vacant. There is not a single surgeon, ENT, forensic, skin, microbiology, and psychiatric specialists in the district. There remains only one child (out of 14), physician (out of 15) and public health specialist (out of 12). Moreover, there are only two gynecologists out of the 15 that are approved in the district. Tehri has 100% availability of ortho surgeons, eye surgeons and pathologists.

Dehradun remains the district with highest availability of specialist doctors at 92%, followed by Rudraprayag at 63%.

The data has been shared by Department of Health and Family Welfare, government of Uttarakhand, as available on April 30, 2021 for specialities in 15 categories across the 13 districts of Uttarakhand.

The information was analyzed and shared by SDC Foundation in its report titled “State of Specialist Doctors in Uttarakhand 2021”.

The state has only one forensic expert out of 25 approved posts, four skin, four psychiatric specialists out of the approved 32 and 28 posts respectively.

As the threat of third wave looms over the state, it has only 17% public health experts and 41% child specialists available to monitor the state’s progress and preparations for the raging pandemic.

In terms of women’s health, only 36% gynecologists are present and working in the state.

“Having poor distribution of medical workforce is going to impact our response to COVID-19. The findings have a large implication on rural and hilly areas, which remains ignored when discussing about public health system in Uttarakhand. I hope that this study will enable government to engage in informed decision making,” added Nautiyal.

Few days ago, several MLAs met the newly elected Health Minister Dhan Singh Rawat and raised the issue of having adequate deployment of specialist doctors in the state.

Earlier in 2018, according to a report by the Niti Aayog, Uttarakhand was placed amongst three worst performing large states due to high vacancy in the posts of specialist doctors at district hospitals.

“Almost 60% posts of specialist doctors are vacant in the state. This should be addressed as an immediate priority by both the newly elected CM as well as the Health Minister of the state. Having adequate specialist doctors will not only help us sail through these tough times of COVID-19 but strengthen our health systems in the rural and hilly areas, which is much needed,” said Vidush Pandey, Researcher and member of the study team at SDC Foundation.

The Foundation had earlier campaigned for having a full time and dedicated Health Minister for the state. After the appointment of new CM Pushkar Singh Dhami, state got Dhan Singh Rawat as the new full time Health Minister after more than four years.

“The problem is really serious for the hill districts, they have low availability of specialist doctors. The data shows only 36% availability of gynecologists in the state, which can have a big impact on the health of women in the state. It is already hard for women to access  public health systems. These are really important insights and we are hopeful that government under the new leadership of Chief Minister Pushkar Dhami will take this on an urgent basis”, says Rishabh Shrivastava, Lead – Research and Communications, SDC Foundation.