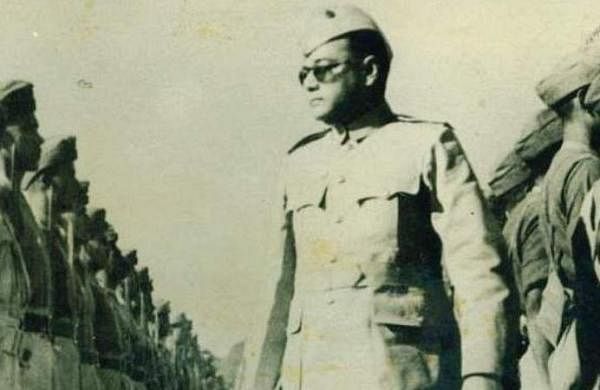 KOLKATA: West Bengal government will recommend to the syllabus committee to include in the school curriculum Netaji Subhas Chandra Bose’s initiative to realise the dream of an independent India when he went to Singapore, state Education Minister Bratya Basu said on Monday.

According to available record the iconic leader had gone to Singapore in July 1943 to realise his dream of an independent India free from foreign rule and strengthened his Indian National Army.

This year is the 125th birth anniversary of the nationalistic leader.

Basu when asked to comment on TMC spokesman Kunal Ghosh’s statement that the new generation in Bengal should know in detail the chronology of events related to Netaji’s visit to Singapore in 1943, said “Yes, the government will recommend to the syllabus committee for incorporating the events revolving around Netaji in 1943.”

He, however, did not give any detail.

Ghosh tweeted Monday “We welcome the statement of hon’ble Bratya Basu recommending to the syllabus committee the inclusion of the details regarding Netaji and his government ( in Singapore)”.

This, he said, will be the first step towards acknowledging Netaji’s mission in Singapore as an integral part of the Indian freedom movement.

Basu said the ‘Paray Sikshalay’ (learning centre in your locality) project of the state government will roll out in every block from February 7 and benefit 60 lakh students at pre-primary and primary levels.

“In the COVID situation we realise a large number of students of many schools, especially in rural areas, are being deprived of class room teaching which is impeding their growth. Our initiative will enable students to attend classes in the open space in their own locality. It has been hailed by UNESCO”.

He said 50159 schools will be involved in the project in which classes will be held in the open grounds adjacent to school buildings.

Over two lakh teachers and 21,000 para teachers (contractual teachers at pre-primary and primary schools) will impart lessons to the children.

To another question on the reopening of schools, closed for about two years now due to the pandemic, Basu said “We are concerned about the education of children, but at the same time the government is alive to the COVID-19 situation and cannot take any risk”.

Chief Minister Mamata Banerjee in consultation with health experts will take the call about opening campuses in phases at the appropriate time, he added.

The Calcutta High Court on Monday dismissed a PIL seeking direction to the Centre to allow West Bengal’s tableau on Netaji Subhas Chandra Bose for the Republic Day parade in New Delhi on January 26.

Observing that the petitioner has approached the court at a late stage, a division bench presided by Chief Justice Prakash Shrivastava said that no effective direction can be issued now with the Republic Day celebration to be held on Wednesday.

The bench, also comprising Justice Rajarshi Bharadwaj, noted various defects in the petition, which were pointed out by the additional solicitor general.

“Hence, no case for interference in the present writ petition is made out which is accordingly dismissed,” the bench said in its order.

The petitioner, an advocate of the high court, prayed for issuance of a direction to the central government to permit the West Bengal tableau of Netaji Subhas Chandra Bose for the ensuing Republic Day parade.

The petitioner submitted this is the year of the 125th birth anniversary of Netaji and that the Centre has “wrongly rejected” the state’s tableau for the Republic Day parade themed on the great patriot and Indian National Army (INA) without assigning any reason.

Appearing for the central government, Additional Solicitor General Y J Dastoor submitted that the petition is not maintainable citing technical defects in it.

He also submitted that “though Netaji was ignored by the earlier governments, the present government is treating Netaji as icon and recognising his contribution in hastening the process of Independence”.

Dastoor said in his submission that January 23, the birth anniversary of Netaji, has already been declared ‘Parakram Diwas’ and the central government is celebrating it from January 23 to 30.

“Hologram of Netaji has been put at India Gate which will be replaced by statue of Netaji in August, 2022,” he stated before the court.

The ASG also submitted that as far as reasons for rejection are concerned, if the state wants, the same can be supplied and the decision to exclude a tableau is taken as per the rules.

Advocate General S N Mookherjee, representing the state, stated that he has no instruction if the reasons for rejection have been communicated to the West Bengal government.