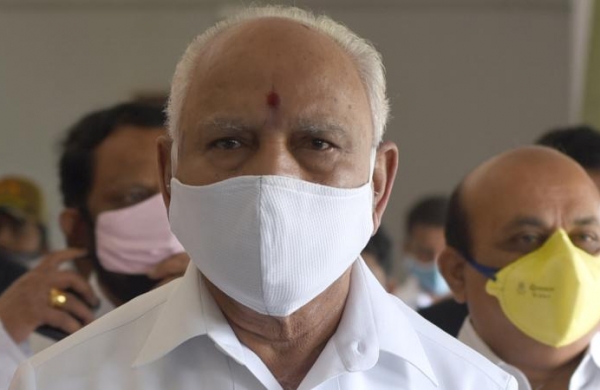 By Express News Service
KALABURAGI: There would be no threat to the 17 ministers in the Yeddyurappa’s cabinet (who have switched off their loyalty from Congress /JD -S) of losing their cabinet berth even if a change in leadership takes place, said minister for mines and geology who is also Kalaburagi district in-charge minister here on Saturday.

Speaking with presspersons here, Nirani pleaded his ignorance on the thick rumours over the change of leadership in the legislator party. Nirani said that he has read about it in newspapers only and nobody in the party including the chief minister has spoken about the change of guard with him. But as far as his knowledge goes, the 17 ministers who supported BJP in coming to power will continue in power.

To a question on many of the ministers leaving the state capital during the thick rumours of change of guard in the State, Nirani said that to him and to others also, the welfare of people is supreme than the politics, most of the districts were facing the threat of flood and the districts are receiving heavy rains. As the district in-charge minister, it is his duty to visit the district and guide the officials about taking rescue measures, for doing that duty he has come to the district, Nirani said.

The district in-charge minister said that after the rainwater recedes from the field, the officials of the agriculture department would make a crop loss survey. On shifting the villagers to the rehabilitation centres, Nirani said that when the State experienced heavy rains and floods in the year 2008, many houses were built to rehabilitate the people who faced flood problems frequently. But not even 10 per cent of the houses constructed were occupied.

A survey would be conducted on why the beneficiaries have not occupied those houses and later it would be decided to ask the original beneficiaries to occupy the allotted houses immediately or to allot them to other beneficiaries, Nirani said.