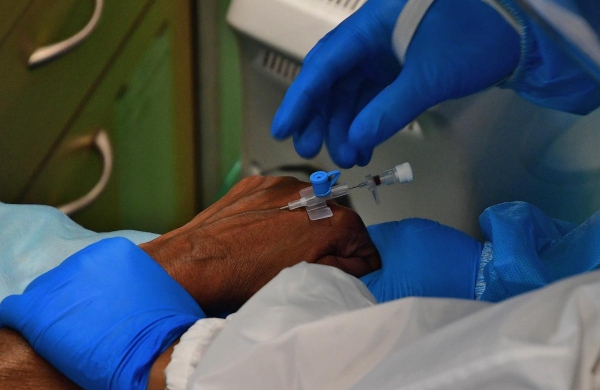 By PTI
THIRUVANANTHAPURAM: The Kerala government on Saturday decided to conduct a medical audit of black fungus after reports emerged about the presence of the fungal disease in the state over the last one week.

The decision was taken as some states have started notifying black fungus, found in patients recovering from coronavirus, as an epidemic.

“A medical audit will be conducted on black fungus. The availability of medicine will be ensured. Medicines that do not have side effects are recommended to be given to the patients even if they are expensive”, Chief Minister Pinarayi Vijayan told a press conference here.

He said many unscientific and frightening messages related to black fungus or mucormycosis are being spread in the state.

“There is no basis for such concerns. There is no need for any panic”, he said.

The government had recently said that 15 black fungus cases were reported in the state.

Vijayan said mucormycosis is not a newly found disease in the country and added that since it was being reported in serious diabetic patients infected with COVID-19, a treatment protocol has been determined for such categories of people.

The Chief Minister expressed concern over the increasing number of deaths due to COVID-19 and said the severity of the disease and the fatalities were increasing after the second wave has reached its peak.

“This is a crucial time for hospitals and strong safety measures are required to deal with this phase. Our primary duty now is to save lives and whatever is possible will be done to ensure this”, Vijayan said.

Kerala on Saturday logged 28,514 new COVID-19 cases and 176 deaths, taking the tally to 22.92 lakh and the toll to 7,170, The single day count of deaths is the highest in the state so far “The increasing number of deaths is a matter of concern. The severity of the disease and deaths are increasing after the second wave of COVID has reached its peak,” he said.

The CM said the second wave has taught the state some new lessons.

“While there is a strong possibility of a third wave, the government will immediately initiate strong measures to evaluate these experiences in detail and prepare for a better defence.

The stringent vigilance of the people helped us contain the second wave and we should continue it in a similar manner for some more time”, he said.

Vijayan said restrictions will be tightened in Malappuram district, which has the highest number of cases and where the test positivity rate is still high.

“An action plan will be implemented for the district. On Monday and Tuesday, 75,000 sample tests will be conducted More police officers have been deployed in the district to ensure effective implementation of the existing regulations under the triple lockdown. Police have been directed to take all legal action against those violating the regulations”, he said.

Meanwhile, officials in Kochi said that an oxygen express, loaded at Rourkela in Odisha for Kerala with seven containers, carrying 128.66 metric tonnes of Liquid Medical Oxygen, arrived in the city on Saturday.

With this the total oxygen delivered for Kerala was 246.56 MT, they said.

The Chief Minister also announced that there would be no SSLC IT practical examination.