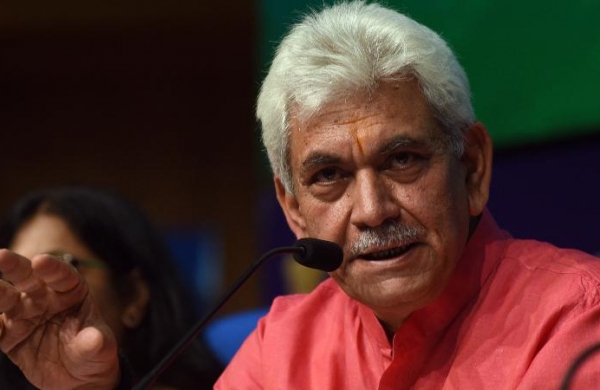 Express News Service
SRINAGAR:  Amid calls for a separate Union Territory for Kashmir pundits, Jammu and Kashmir Lt Governor Manoj Sinha on Sunday set deadlines for the completion of 6,000 transit accommodations being built in the Valley to accommodate Pandit migrants employed in the local government.

The L-G asked the officials to register the entire Pandit population to facilitate their return to the Valley.

“We must ensure that the entire Pandit population is registered with the J&K government,” Sinha said. The Pandits migrated en-masse from the Valley after the outbreak of militancy in J&K in the 1990s.

They are now living in Jammu, Delhi, Mumbai and other parts of the country. Meanwhile, a Kashmiri Pandit group – Panun Kashmir on Sunday demanded the creation of separate Union Territory for Pandits in the Valley.