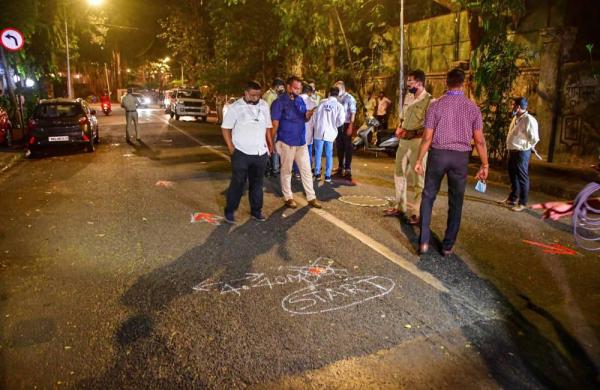 By PTI
MUMBAI: The Forensic Science Laboratory (FSL) at Mumbai’s Kalina has found in its preliminary analysis that the gelatin sticks recovered from the Scorpio parked near industrialist Mukesh Ambani’s house were capable of triggering only a low-intensity blast and there was little chance of them causing any big damage, an official said on Saturday.

During the analysis, the FSL found ammonium nitrate inside the gelatin sticks, he said.

“The lab found ammonium nitrate inside the gelatin sticks. The preliminary analysis suggests that this explosive is capable of triggering a low-intensity blast and there is a little chance of any big damage due to it,” the official said.

This kind of explosive is used in rural areas for digging wells, in road construction work and for other such purposes, he said, adding that the lab would submit its report to the concerned agency in the next two days.

The Kalina FSL is also analysing the SUV, in which the 20 gelatin sticks were found.

“With the help of chemical experts, the FSL will try to find out is the vehicle’s chassis number to know whether it was changed.

It will help us know the real owner of the SUV and in whose name it was registered,” the official said.

The lab will check the entire vehicle linearly to find out if there is any stain of blood, hair or anything lying inside the car that may help the investigators to know the person who was driving the car and other occupants of the car, if there were any, when it was parked near Ambani’s house, he added.

The FSL is also in the process of analysing the viscera samples of Thane-based businessman Mansukh Hiran, who was in possession of the Scorpio that was found parked near Ambani’s multi-storey residence ‘Antilia’ on February 25.

Hiran’s body was found in a creek on March 5. “The lab is trying to ascertain if anyone gave Hiran any type of drug before his death,” the official said.

Mumbai police officer Sachin Waze has been arrested by the National Investigation Agency (NIA) on March 13 in connection with the recovery of the explosives-laden vehicle.

The Maharashtra Anti- Terrorism Squad (ATS) is investigating the case.