Amazon, Apple powering a shift away from Intel chips 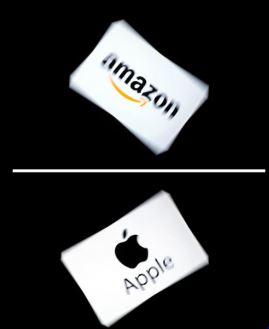 For close to a decade, supporters of the chip technology that powers mobile phones vowed to shake up the market for computers. For the most part, they made little headway. Now that finally seems to be changing, in a potential power shift over the direction of the computer industry.

The change is being driven by Apple and Amazon, two tech behemoths that are cutting their dependence on the Intel chip technology that has long controlled most personal computers and larger server systems. Instead, the companies are increasingly leaning on their own homegrown chips that were designed using technology that Arm, the British company, licenses for smartphones and other consumer products.

Apple fired a salvo last month when it introduced new models of Mac computers that for the first time used its own Arm-based chips. In June, Amazon’s cloud computing business started marketing a new computing service based on its own Arm-based chips, telling customers the service was both faster and cheaper by one-fifth than its Intel-based offerings.

On Tuesday, Amazon unveiled a second computing service for businesses based on those same chips. It also discussed gains made by users of the first service that was introduced in June, such as Snap, maker of the Snapchat messaging app. Amazon added that Twitter plans to begin using the technology as part of a broadened relationship between the companies. “The larger the customer, the more excited they are,” said Peter DeSantis, who oversees computing infrastructure for Amazon Web Services.

The actions by Apple and Amazon are causing ripple effects across the $400 billion semiconductor industry. Their moves suggest that key decisions in chips may increasingly shift from silicon suppliers, where the power had long resided, to chip users with the resources to make their own components. For computer users, the moves may ultimately result in more technology choices, snappier computing speeds and lower costs.

“Everyone’s like, wow, Apple’s totally in; Amazon and others are in,” said Keith Kressin, a senior vice president at Qualcomm, a large supplier of Arm-based chips. “This is going to happen for real.”

Intel became a dominant force in computing in the 1990s, emerging as the biggest supplier of processors for PCs and later exploiting its high-volume manufacturing to make lower-priced chips for servers. But the company did not make chips for smartphones, which became hugely popular starting in 2007.

Enter Arm. The 30-year-old company, which Nvidia recently agreed to buy from SoftBank for $40 billion, delivered chips that used less power than Intel processors. That difference — which meant that mobile phones might run all day on a battery charge, rather than just a few hours — attracted makers of chips for mobile phones, such as Qualcomm.