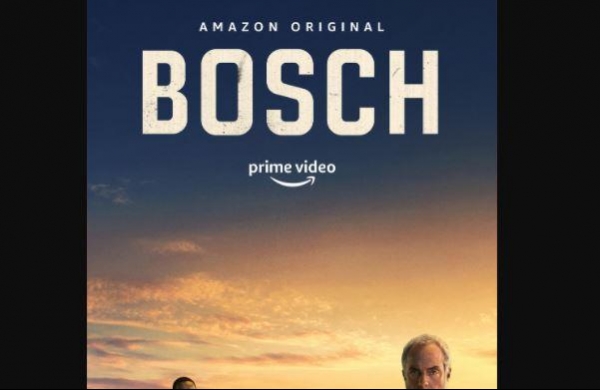 By PTI
LOS ANGELES: Amazon has given an order for a spin-off series to police procedural show “Bosch”.

The new show, which will premiere on IMDb TV, will start filming later this year, with stars Titus Welliver, Mimi Rogers, and Madison Lintz reprising their roles.

In a statement, Amazon Studios said that seventh and final season of “Bosch” will premiere on streamer Amazon Prime Video later this year.

The yet-untitled spin-off will revolve around the continuing adventures of Harry Bosch (Welliver) as he is forced to work with Honey “Money” Chandler (Rogers), an attorney who is also a former enemy.

Given their long-standing and complex history, they will have to find common ground in the one thing they can: seeking justice.

“To say I am ecstatic is an understatement! To be given the opportunity to tell more Harry Bosch stories is a tremendous gift. The process of shooting season seven with the shadow of it being our final loomed heavily so when the idea was presented to continue with the possibility of a spinoff, without hesitation I said, ‘let’s go’,” Welliver, who also serves as an executive producer said.

“To all of our ‘Bosch’ fans, thank for your incredible support for all these years and I can promise you the ride will only get better,” he added.

Michael Connelly, the author of the “Bosch” series on which the show is based, said he is excited about the new show.

“To continue the Harry Bosch story and see him team up with ‘Money’ Chandler will be more than I could have ever wished for. And to continue our relationship with Amazon and be part of the IMDb TV lineup will ensure our commitment to providing viewers with a high-quality, creative and relevant show. I can’t wait to get started,” he added.