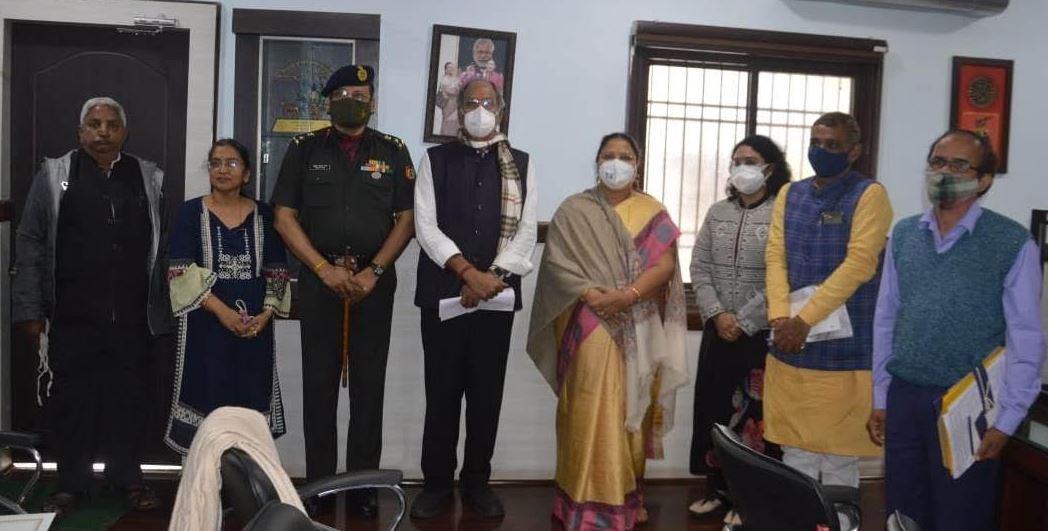 Aman Jyoti Zahire of Korba district and Shaurya Pratap Chandrakar of Dhamtari district have been selected for the state gallantry award. He will be honored by His Excellency Governor Ms. Anusuiya Uikey at the main function of Republic Day on 26 January in the capital Raipur. The Jury Committee of Chhattisgarh State Child Welfare Council under the chairmanship of Women and Child Development Minister Smt. Anila Bhendia has announced the names of both for gallantry awards. Shri Shaurya Pratap Chandrakar and Shri Aman Jyoti Zahire have been selected on the recommendation of the Jury Committee. Showing courage, these children have saved the lives of others with their understanding without caring about their own lives. Children will be given a citation and silver medal in the amount of Rs.15-15 thousand in cash (by cheque). Aman Jyoti saved his friend’s life by risking his life. Aman Jyoti of Korba district saved his friend. He had put his life at stake. This incident is of 01 August 2021. This day was Friendship Day. At around 02 in the afternoon, to celebrate the birthday of one of his friends, Sahil had gone for a picnic near the waterfall of Parsakhela Dam, a picnic spot 20 km away. Meanwhile, Ashish Thakur, a student of class 12th, went to the shore to wash his hands and feet before the waterfall. There he slipped and fell in the rock and started flowing in the strong current of water. Due to the deep gorge ahead, there was a danger of falling in it. All the friends were horrified to see Ashish flowing in the dangerous slippery rock and the swift current of the water. Ashish did not know how to swim and started shouting save-save. Amanjyoti, a 15-year-old student, jumped into the strong current of his friend’s water to save Ashish, who was older than him. Aman also did not know how to swim, but thinking that he would try to save the friend in any way, he jumped into the water. Aman caught his friend Ashish while floating among the rocks in the water. After holding Ashish for a while, another friend Dipanshu reached, they both brought Ashish to the shore. Ashish had fainted as he was swept away by the strong current of water. Bringing him to the shore, he took out the water filled in Ashish’s stomach. Aman’s wisdom and courage saved the life of his friend Ashish. Due to the strong current of water and hitting the rocks, the bone of Aman’s hand had slipped. He also suffered severe injuries to his arms, legs, throat and chest. All the friends reached the district hospital with Ashish and Aman. After treatment here, when everyone returned home safely, everyone praised Aman’s courageous actions. Shaurya prevented the spread of current and saved people’s lives, this incident is on June 13, 2021. Around 11.00 in the morning, village Senchuva, Post-Chest, District- Dhamtari resident Bhushan Chandrakar, Mahendra Tarak, Parasram Sahu, Yogeshwar Sahu, Doman Patel, Vijay all were cleaning and doing necessary work in the field. At the same time, the electric wire passing through the field collided with the acacia tree located in the field and caught fire, due to which the branch of the tree started burning. At the same time, the child Shaurya Pratap Chandrakar went to see the field with his father Bhushan Chandrakar. Seeing the fire burning, Shaurya shouted loudly for everyone to get out of the field and soon informed the line man Surendra Dhruv to turn off the electrical power on the phone in the electricity office chest. A major accident was averted due to power outage. The field was full of water. The electric current could spread due to the water. Due to the understanding and foresight of the child Shaurya Pratap Chandrakar, the lives of all those present there were saved. The local people praised this act of bravery. Like this:Like Loading… Continue Reading