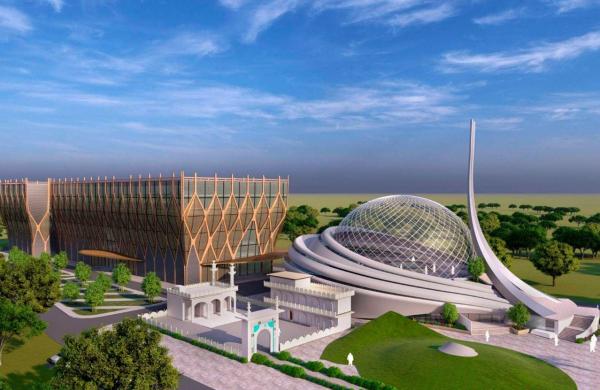 Express News Service
LUCKNOW: The Lucknow bench of Allahabad High Court on Monday dismissed a petition filed by two Delhi-based sisters claiming the ownership of the five-acre land allocated to the Uttar Pradesh Central Sunni Waqf Board (UPCSWB) for construction of a mosque in Dhannipur village in Ayodhya.The division bench of Justice DK Upadhyaya and Justice Manish Kumar dismissed the petition while the petitioners had asked their lawyer to withdraw the plea.

Rani Kapoor Punjabi and Rama Rani Punjabi had moved the court on last Wednesday claiming their right on the land. They had claimed that their father Gyan Chandra Punjabi had purchased 28 acres of land in Dhannipur village under Sohawal tehsil `1,560 several years ago. They had claimed that initially, their father’s name was part of the land records. However, the land itself continued to be in use by those who had possessed it earlier. Gradually, their father’s name was expunged from the local land records following which a dispute was filed before the local land consolidation officer.

The state opposed the petition saying that there were factual discrepancies in the petition in connection with the land records. The petitioners’ lawyer accepted the mistake and offered to withdraw the petition.

Notably, five-acre land was allocated by the Uttar Pradesh government to the UPSCWB in compliance of Supreme Court’s order delivered in connection with the Ayodhya title suit on November 9, 2019.

Meanwhile, the land for the proposed mosque complex in Ayodhya was given an all-clear by the local land consolidation officer who said that the petition did not relate to the land in Dhannipur at all. According to consolidation officer Rajesh Pandey, the issue was related to land in Shekpur Jafar —a village adjacent to Dhannipur.