All possible help will be made for the development of the village: Minister Dr. Dahria 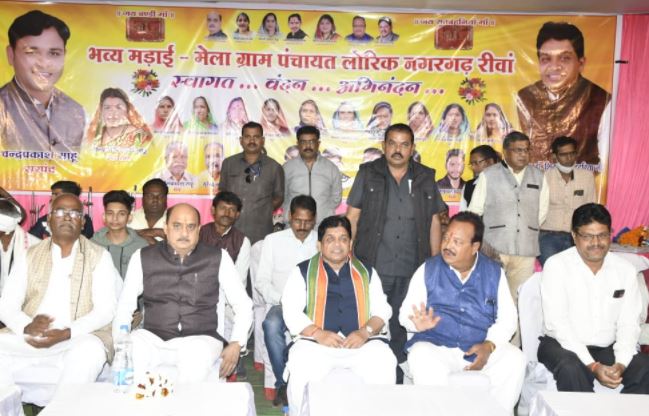 Dr. Shivkumar Dahria inaugurated the construction of the community building in the Chandi temple complex in the village Rewa, the platform for the paddy procurement center and the shed of the Sahu Samaj Bhavan. During this time he attended the Madai Mela organized in Rewa as the chief guest. Minister Dr. Dahria said on the occasion that the government of the state is friendly to the poor, laborers and farmers. Approval of continuous development works is being completed in urban areas as well as in rural areas. Development works worth crores of rupees have been done in the Arang assembly constituency within the last two years. The building has been approved for all the people of the society. He said that the state government is always with everyone for development work. The government will provide all possible help in the development of the village At the Madai Mela organized in Rewa, he said that the happiness of the people of the village is reflected in the Madai Mela. Cultural program consists of philosophy of culture along with Manaranjan. People from nearby villages are similar. The state government is also working to advance and save the culture, tradition of Chhattisgarh. With the promotion of Chhattisgarhi culture, government holiday is being given in Teej-festivals here. Minister Dr. Dahria announced the construction of CC Road in Kurmi Samaj, Dhewar Samaja Mishuvara Samiti in Village Rewaan and community building for Shyam Banjare from Kashinath Temple..