‘All political parties cheated you on wages’: Assam students’ body reaches out to tea workers 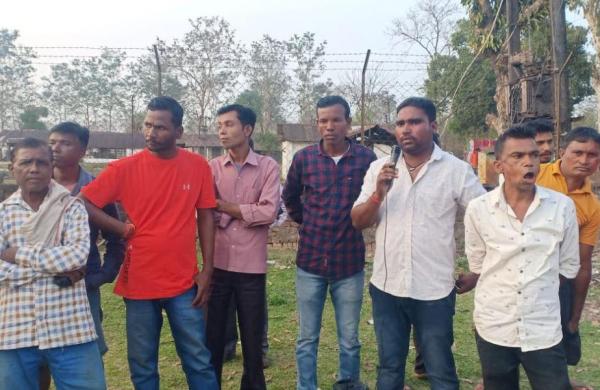 Express News Service
GUWAHATI: Just days ahead of Assam elections, a students’ body in the state launched a campaign on Friday to remind the tea workers how they were deceived by the various political parties.

The “political awareness meetings” were launched by the All Assam Tea Tribe Students’ Association (AATTSA). The focus of its discussions with the workers is on their daily wage.

Currently, they get a daily wage of Rs 167 and are entitled to fringe benefits including housing, electricity, ration, etc. On February 23, the state government had hiked the wage by Rs 50 but the owners of tea gardens moved the Gauhati High Court which ordered a stay.

The AATTSA said it would highlight the injustice done to the workers by the ruling BJP, Asom Gana Parishad (AGP), and Congress.

“We launched the political awareness meetings today (Friday). Not just that of the BJP, we will also highlight the failures of Congress and other parties, including AGP. The tea workers are now politically conscious. You cannot fool them anymore,” AATTSA state president Dhiraj Gowala said.

He slammed the state’s BJP-led government for its decision on wage hikes just days before the election model code of conduct came into force.

“The BJP itself had made a commitment in 2016 to give a daily wage of Rs 351 to the tea workers. When they were eagerly waiting for it, the government took a decision to hike it but by a meagre Rs 50. And now, the matter has reached the court. The BJP has done a gross injustice to the workers,” Gowala said.

He also slammed the Congress for ignoring this long-standing demand from 2001-2016 when the party was in power. He asked the Congress to introspect why the tea votes substantially shifted to the BJP.

The AATTSA has called for a bandh across tea gardens on March 22 protesting “exploitation” by their owners.

“They (owners) had made a record profit in 2020 during the months of the pandemic as the demand of Assam tea had gone up globally. And now to say that they cannot give daily wage of Rs 217 is not fair,” Gowala added.

Assam has 126 Assembly segments and over 800 tea gardens. The votes of around 7.5 lakh tea workers determine the fate of candidates in around one/third of the seats.