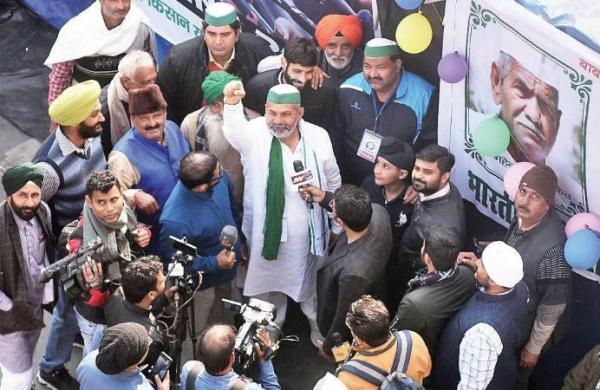 By Express News Service
NEW DELHI:  The Supreme Court on Tuesday stayed the implementation of the three contentious agriculture laws and formed a four-member committee to find a solution to break the deadlock between the protesting farmers and the Centre. However, all the four members — agricultural economist Ashok Gulati, former director of International Food Policy Institute Pramod K Joshi, Bhupinder Singh Mann of the BKU (Mann) and Anil Ghanwat of the Shetkari Sanghatan — are pro-reform and do not advocate the repeal of the laws in their entirety.

Gulati, a renowned agricultural economist, is an Infosys chair professor for agriculture at the India Council for Research on International Economic Relations. He was awarded the Padma Shri in 2015 and is a former head of the Commission for Agricultural Costs and Prices. Recently, in an article, he had suggested to the government that giving in writing to the farmers that the MSP and APMC will continue and be strengthened would be a good option. He had also suggested to the Centre to assure the farmers on the contract farming clause that the contract would be on the produce, and not the land.

Mann, chairman of the All India Kisan Coordination Committee, is a former Rajya Sabha MP. He was one of the founder members of the AIKCC and has been a farm leader since the 1960s. In December last year, he was a part of the group that handed over a memorandum to the government asking it to implement the laws but with amendments. He had sought a written assurance on the MSP and also urged the government to ensure a level-playing field for farmers.

Ghanwat is the president of the Shetkari Sanghatana, an organisation founded by farmers’ leader Sharad Joshi that has sided with the government during the farmer protests. In August, the organisation had submitted letters to PM Narendra Modi supporting the laws. The Ghanwat-led body also did not support the Bharat Bandh.

Joshi had served as a senior economist at the International Crops Research Institute for Semi-Arid Tropics and director of the National Academy of Agricultural Research Management and the National Centre for Agricultural Economics and Policy Research. He has been a strong supporter of legalising MSP. In a recent article, Joshi had said that the protests are “baffling as apprehensions of farmers are mostly misplaced”.