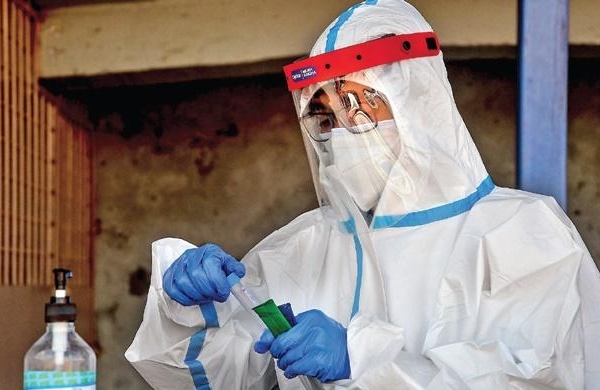 Express News Service
PATNA: Amid apprehension of a second wave of the covid-19 pandemic after Holi, the Bihar Health Department has taken the extreme measure of cancelling the leaves of all the doctors, nurses, paramedical staff and officals posted under the various health wings in the state till April 5.

This decision comes amid the aftermath of the ban imposed on the Holi Milan function in the state recently.

Principal Secretary Pratyay Amrit in his order to all civil surgeons and the district magistrates (DMs) has asked the doctors and other medical staff to report back to duty immediately and cancel any leaves taken during the period.

Official sources said that that such a measue was taken in view of the increasing number of coronavirus infections in Bihar.

The order, issued on Thursday has stated that doctors, contract doctors, medical officers, superintendents, principals, chiefs of directors, junior residents, senior residents, Para-medical personnel, GNM and the ANMs on leave are directed to report to their duties immediately as their leaves stand cancelled till April 5 with immediate effect.

There is an apprehension that the Covid-19 positive cases may increase with the returns of thousands of people from other states, especially from Maharashtra, Punjab and Kerala during the Holi festival.

The Health Department has also sought a list of personnel from all hospitals, on the basis of which arrangements could be made for PPE kits, masks, globs and sanitizers.

The state’s medical colleges and hospitals including the PMCH, NMCH and AIIMS, have been put on alert and has been instructed to increase the number of isolation beds.

In the last 24 hours, more than 107 corona positive cases were tested in the state sending the health department to a tizzy.

In 26 out of the 38 districts, including Bhojpur, Rohtas and Sitamarhi, Patna, positive cases were detected as rising trend.

The total number of active covid-19 cases rose to 405 in the state in the last 24 hours. Patna now has the highest number of 183 active patients.

Health minister Mangal Pandey told the media that the state is fully prepared to meet the challenge of the pandemic. He said that recovery rate among the positive cases in Bihar has reached over 99. 26%.