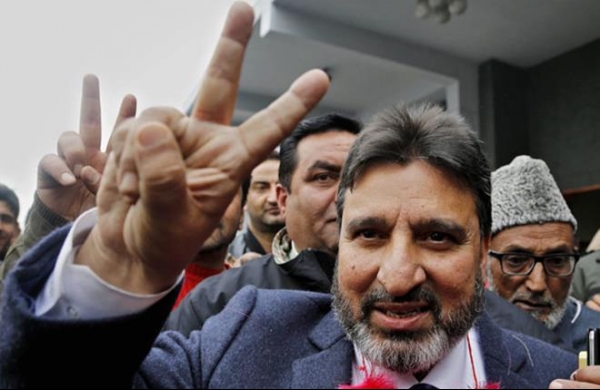 Express News Service
SRINAGAR: The election for the five out of 20 District Development Council (DDC) chairmen in Jammu and Kashmir is being held on Saturday. The Apni Party of former PDP leader and influential businessman Altaf Bukhari may spring a surprise as the party, which had won only 12 out of 280 DDC seats in J&K, claims to have majority in two out of five DDCs, which will elect chairmen and vice-chairmen.

The newly elected DDC members of Srinagar, Jammu, Kathua, Shopian and Kulgam district would elect the chairmen and vice-chairmen today.

The first-ever DDC elections in J&K for 280 seats – 140 each in Kashmir and Jammu — was held in November-December 2020 and six parties Gupkar Alliance emerged as the single largest group with 102 seats while BJP emerged as single largest party with 75 seats.

Of the five DDCs, BJP has got majority in Jammu and Kathua districts.

The BJP’s nominee for DDC chairman in Jammu is Bharat Bhushan, former MLA while Suraj Singh’s name has been finalized as vice chairman of the DDC.

Jammu DDC has been reserved for SC.

The Apni Party may spring a surprise tomorrow as the party claims to have a majority in two DDCs — Shopian and Srinagar.

Talking to TNIE, Apni Party senior vice president Ghulam Hassan Mir said the party has nine DDC members in Srinagar and 10 in Shopian as many newly elected members joined the party after results were declared on December 22, 2020.

He said the party’s DDC members of Shopian and Srinagar would meet today morning to elect the chairmen before voting takes place in the DC office.

Asked what would be the party’s approach in case Apni Party stakes claim on Shopian DDC and gets its own chairman elected, Masoodi said, “How can the party claim majority. We will take all the steps necessary to deny an opportunity to anyone, who wants to contradict and belie the spirit of mandate.  We will do whatever is legally possible”.

He said the DDC election was held on party lines and if anybody changes loyalty after election results, he/she can be disqualified under the law and we will seek their disqualification in that case. “The defection amounts to denying the mandate of the people and it is against the spirit of constitution”.